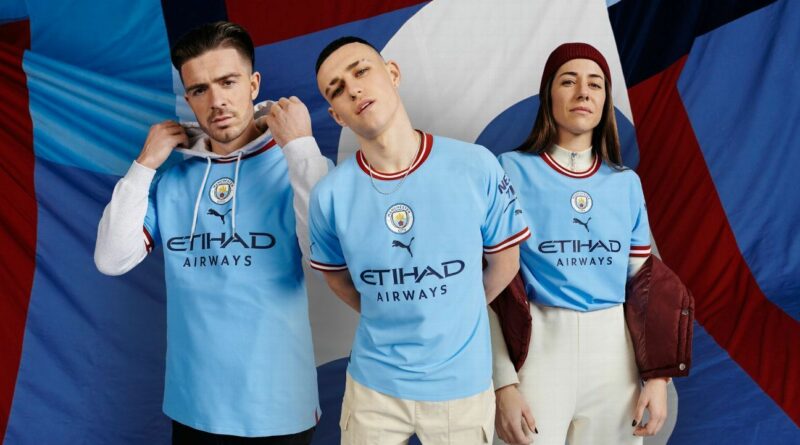 With almost 100 Premier League goals scored this season and a fourth title in five years still within their grasp, Manchester City’s reputation as one of the most entertaining teams in modern-day football is not in question.

However, the club have gone all the way back to the late 1960s in search of inspiration for their new 2022-23 home kit. Modelled by current stars such as Jack Grealish, Phil Foden, Vicky Losada and Laura Coombs, the shirt serves as an homage to the free-flowing City sides of the era.

City won the Second Division league title in 1965-66, the First Division title in 1967-68, the FA Cup the following year and then topped off their amazing run by winning the European Cup Winners’ Cup in 1969-70 with the likes of Colin Bell playing an instrumental role in all of those successes.

Bell came to personify the swagger and flair with which those classic all-out-attack City teams came to be associated and is rightly held up as one of the finest players to ever don a sky blue shirt. One of the stands at the Etihad is already named in his honour.

And it is that legacy of Bell and his teammates that City have chosen to revisit with their latest home jersey, which is directly influenced by the kits worn during that period.

While the shirts and shorts were familiar combinations of light blue and white, the socks and tracksuit tops worn by City players at the time also carried flashes of maroon trim in the form of bands, cuffs and stripes.

That maroon trim has been brought back on the new jersey, as is the central badge placing that was used in Bell’s era when an embroidered club crest was first added to City kits from 1970 onwards.

A further tribute to Bell can be found tucked inside the neckline where a golden crown logo is stamped along with a simple motto: “The King.”

“As a family, we’re incredibly touched that the club have chosen to remember the teams of the late 1960s and my dad with next season’s home kit,” said Jon Bell, Colin’s son.

“It’s a beautiful gesture. It really captures the history and togetherness of Manchester City as a club, and I hope the fans like it and can remember those great moments.”

City have the chance to add another trophy to their cabinet this weekend, as they go into Sunday’s final round of Premier League fixtures with a one-point lead over Liverpool at the top of the table. 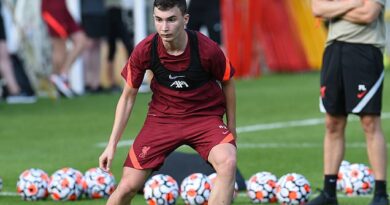