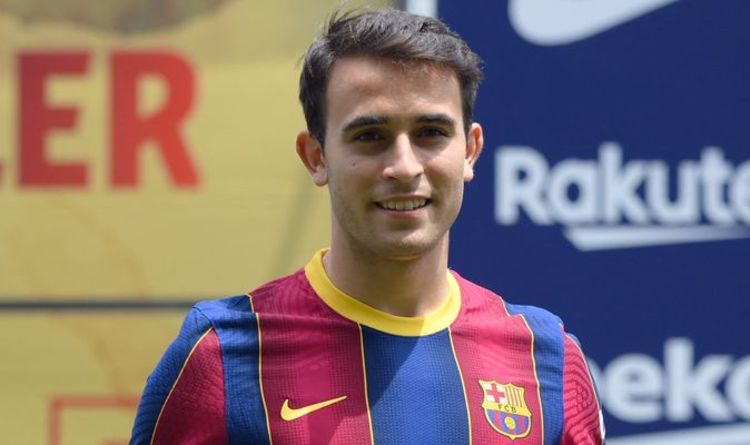 Spanish international Eric Garcia has returned to Barcelona on a free transfer following his release from Manchester City – and the move may help out City’s bitter rivals Manchester United.

The 20-year-old defender has penned a five-year deal in Catalonia with a reported £345million (€400m) release clause.

Despite Pep Guardiola’s attempts to keep Garcia at the Etihad Stadium at the end of the 2020/21 campaign, his mind has been made up since the start of last season.

Garcia told Guardiola of his intention to rejoin Barcelona, where he spent nine years at their famed La Masia academy between 2008 and 2017 before joining City as a raw 17-year-old.

However, despite the lack of supporter’s objections to Garcia’s departure, his move may have inadvertently handed arch rivals Manchester United a major transfer boost.

Ole Gunnar Solskjaer is on the hunt for defensive reinforcements ahead of the 2021/22 season with Sevilla centre-back Jules Kounde rumoured to be a key target for the Norwegian. 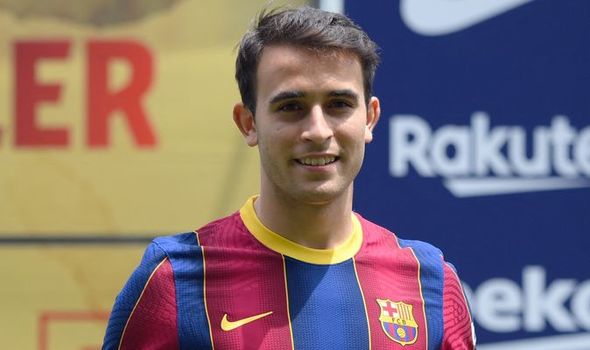 La Liga giants Barcelona have also been trailing the French Under-21 international ahead of a possible summer bid but the arrival of Garcia has now reduced their need for a new central defender.

Both Kounde and Garcia have been touted as possible long-term replacements for Gerard Pique for Ronald Koeman’s side but he is set to stay on for at least another season.

With Pique under contract until 2024, alongside Garcia, Clement Lenglet, Oscar Mingueza and Samuel Umtiti, Koeman is well stocked at the back.

That could mean Solskjaer has a largely unopposed run at Kounde with City’s own interest in him appearing to reduce following the emergence of Ruben Dias and John Stones’ partnership. 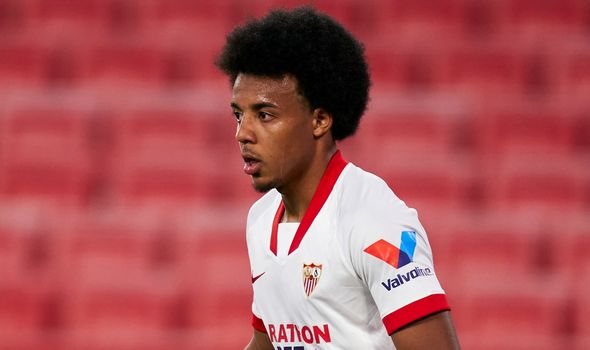 According to reports from Spanish outlet Mundo Deportivo, Barcelona have not given up on Kounde, but Sevilla’s insistence on securing his full £65million (€75m) release clause has put them off.

United are also unlikely to pay the full clause in their pursuit of the former Bordeaux man and Solskjaer will be boosted by his recent comments over a summer exit.

“Regarding my future, it is certain that I will perhaps be brought to change this summer, but nothing is settled yet, I did not decide anything,” Kounde said.

“My objective is to evolve at a big club, to always try to progress and win trophies, too.

“I may have to move, but it is not on the agenda.”

That will increase the pressure on Julen Lopetegui over a possible bid in the coming weeks and the Andalucians could lower their asking price to below £60m as a result.

Kounde has established himself as an ever-presnt figure for Sevilla following his 2019 move from Ligue 1 with 63 La Liga appearances in two seasons.

However, if United are put off by Sevilla’s demands, they could turn to an alternative La Liga option in Villarreal’s Pau Torres.