Manchester City legend David Silva has been fined nearly £1,000 for grabbing a woman during a brawl at a music festival.

Silva was attending the Maspalomas Carnival in Gran Canaria in June when the incident occurred. Spanish outlet Tiempo de Canarias had access to the court documents and explained how the footballer, "with the intention of undermining the physical integrity of the victim, toughly grabbed her arm to move her away, causing her to fall to the ground".

Silva, now of La Liga side Real Sociedad, accepted the conclusion of the case and was fined €1080 (£945), calculated at €12 a day for the duration of the three months it is expected to take for the injuries to heal.

He was also instructed to pay €520 (£453) to the victim. His brother, Fernando Antonio Jimenez Silva, was fined too after being adjudged to have hit a young man in the face, forcing him to the ground before he continued to attack him, then "dealing several blows" to a separate young woman.

An unnamed third individual threw a stone which left a male requiring surgery, before approaching another man with a knife and threatening to "cut" him. They were sentenced to eight months in prison for launching the projectile and fined for the threat.

A trial was not needed as all three defendants admitted their part in the incident. Silva, who returned to City's training ground for a visit earlier this month, is one of the club's greatest ever players after spending a trophy-laden decade at the Etihad from 2010-2020.

Klopp’s tower of strength: Van Dijk is calm at back, force in attack 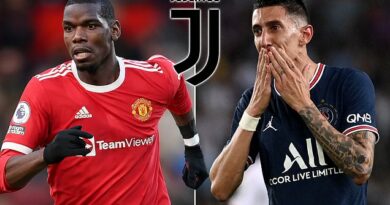