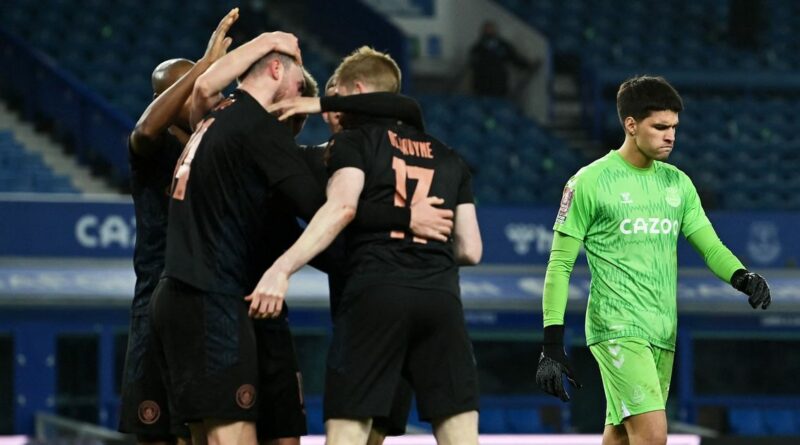 Like pulling on a daft jumper at Christmas, getting drunk and falling out with the mother-in-law. Or slagging off Boris Johnson on social media. Or standing round a bonfire wondering what the point of it all is.

Some of these simple pleasures have been stripped from us due to the pandemic.

But in the unique world of football some things never change – and the time has come once again to wonder if Manchester City can win the Quadruple?

We did the same thing in 2018 and Pep Guardiola's men came up short, having to settle for just the two trophies back then.

But if something similar happens this time round then City's season can be considered an anti-climax or even some sort of failure, because that's how high their standards and expectations have now become.

Guardiola has dismissed the chances his side can achieve the ultimate, which isn't the greatest message to send to his stars, it has to be said.

But the good thing for City supporters is that it appears the players are not listening to their manager.

A trip to Goodison Park is never easy at the best of times, let alone when a place in history is at stake.

But Guardiola's men in black continued to exterminate everything in their path, no matter how long it took, on their quest to sweep all before them.

It might have taken them 84 minutes to break down a stubborn Everton side, but break them down they did to reach the FA Cup semi-finals.

It helps when you can bring on Kevin De Bruyne and Riyad Mahrez when Plan A isn't working, proving if ever a manager had a squad for a quad then it's Guardiola.

Looking ahead, controlling the uncontrollable appears to be Guardiola's biggest problem, like the swing of a boot, width of a goalpost or bad refereeing decision. Even the great man himself cannot influence such things.

With the League title wrapped up and a shambolic Tottenham side awaiting in the Carabao Cup final, two trophies appear to be in Guardiola's swag bag already.

But it is the murkier and more unpredictable waters of the knockout stages of the Champions League that will be the most difficult ones to navigate for these marauding men from Manchester.

Pep's biggest challenge in Europe has been himself in recent seasons.

But if he can finally overcome it, then we might just be witnessing a team that will go down as the most special of all time.