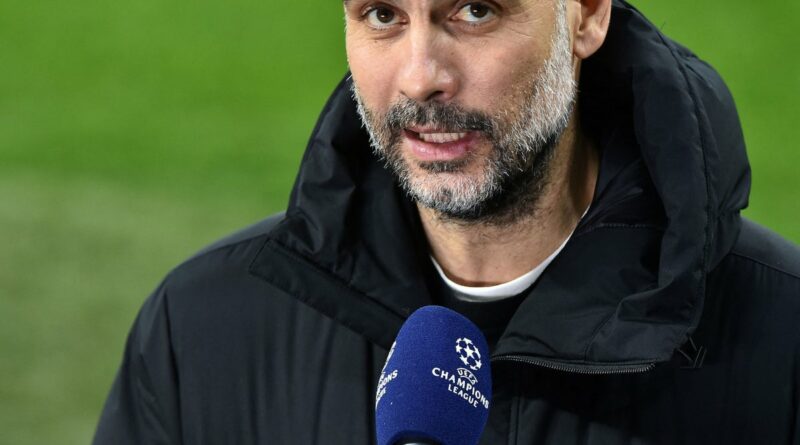 Has there ever been a figure in world football subjected to as much amateur psychoanalysis as Pep Guardiola on the eve of a Champions League knock-out tie?

Whether you believe he is overthinking, underthinking or perfectly satisfying the Goldilocks principle, everyone has an opinion on how the Manchester City manager – the most successful and influential coaching talent of his generation – copes with competing in the latter stages of this European football’s elite club competition.

The decade-old debate is being rehashed again as City are hoping to avoid a fourth successive quarter-final elimination under Guardiola and travel to Dortmund protecting a fragile 2-1 lead.

How is their manager coping? To contribute to this emerging field of Guardiology, he appeared a little agitated at his pre-match press conference yesterday. Distracted, perhaps. Anxious for the challenges ahead. At one point, he gave a reporter permission to kill him if City fail to progress. He was joking, we think.

Other than that though, this was really nothing out of the ordinary – just the same brilliant intensity which has made Guardiola a compelling and enigmatic presence for more than a decade. His answers were consistent too, often referring back to a point he has been making for weeks now, if not months.

“If I win the decision is good, when I don’t the decision is bad. But I’m here to take the decisions and hopefully I can take the right ones to make [the players] feel comfortable and good and make them express the quality they have on the pitch. This is what I have to do.”

Guardiola knows he is judged on results and outcomes rather than performances and process, and he knows another quarter-final exit would be used to reinforce the many narratives around his underperformance in these Champions League knock-out ties, regardless of the circumstances.

Yet he also knows that there is no reason why the last eight should be seen as some sort of insurmountable obstacle, for either him or City. This is not uncharted territory. Guardiola reached seven consecutive semi-finals before arriving in Manchester. City progressed to the last four the season before he joined.

The ageing Manuel Pellegrini side which reached the semi-finals in 2016 would be no match for his Premier League champions-elect or previous title-winning teams. Considering City’s domestic dominance in the years since, the failures in Europe feel like an anomaly which will be corrected sooner or later rather than evidence of a serious defect or shortcoming.

When asked whether this quarter-final was a mental hurdle for his players to jump, Guardiola paused, took a breath and replied: “I would say it’s a pleasure to be here again. 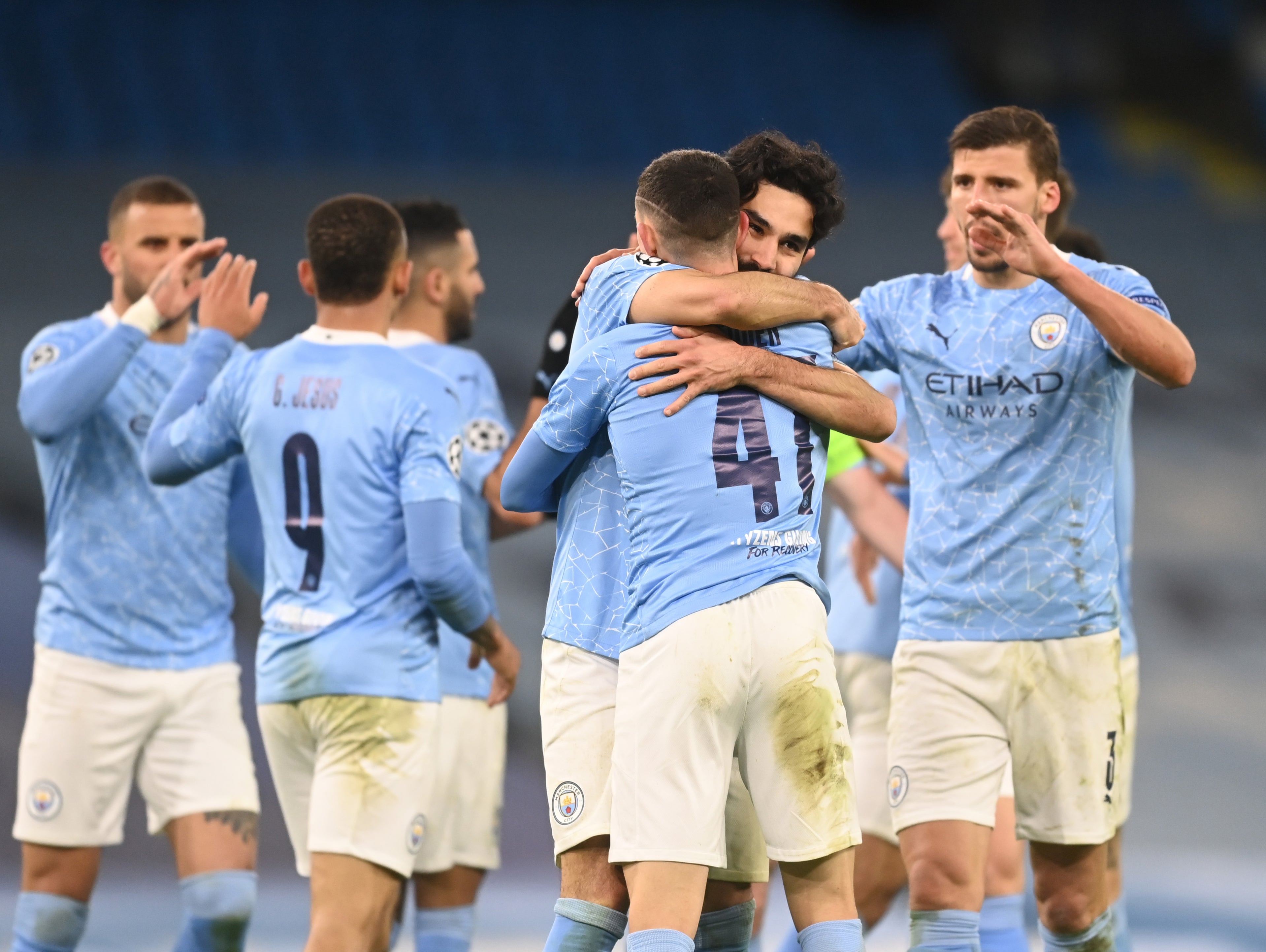 “We’ve prepared these last two days, tomorrow we fly, good dinner and focus for tomorrow to do our game. This is what we have to do. We are looking forward. It’s a competition. Many things can happen, nothing is guaranteed. We have a good result from the first game and we are going [with] nothing to defend, if not everything to win.”

The message was clear: this is just another game, which City have prepared for in the same way they prepare for all the others. The problem is, it is not just any other game and among his squad, they know it.

Ilkay Gundogan is an open, candid speaker in front of the media. After the first leg defeat to Tottenham at this stage of the competition two years ago, he attributed City’s problems to them being “too nervous”.

Those remarks were put to him once again on the eve of this trip to his former club, and though he believes City now have more experience and greater defensive stability to help them progress, he did not retract them.

Gundogan still feels they need to prove that they know how to deal with these occasions, particularly at moments of adversity.

“We need to learn that it is normal to struggle,” he said. “In that stage, playing against the best teams in Europe, it is normal. Everyone has quality and it is also normal when you concede a goal. 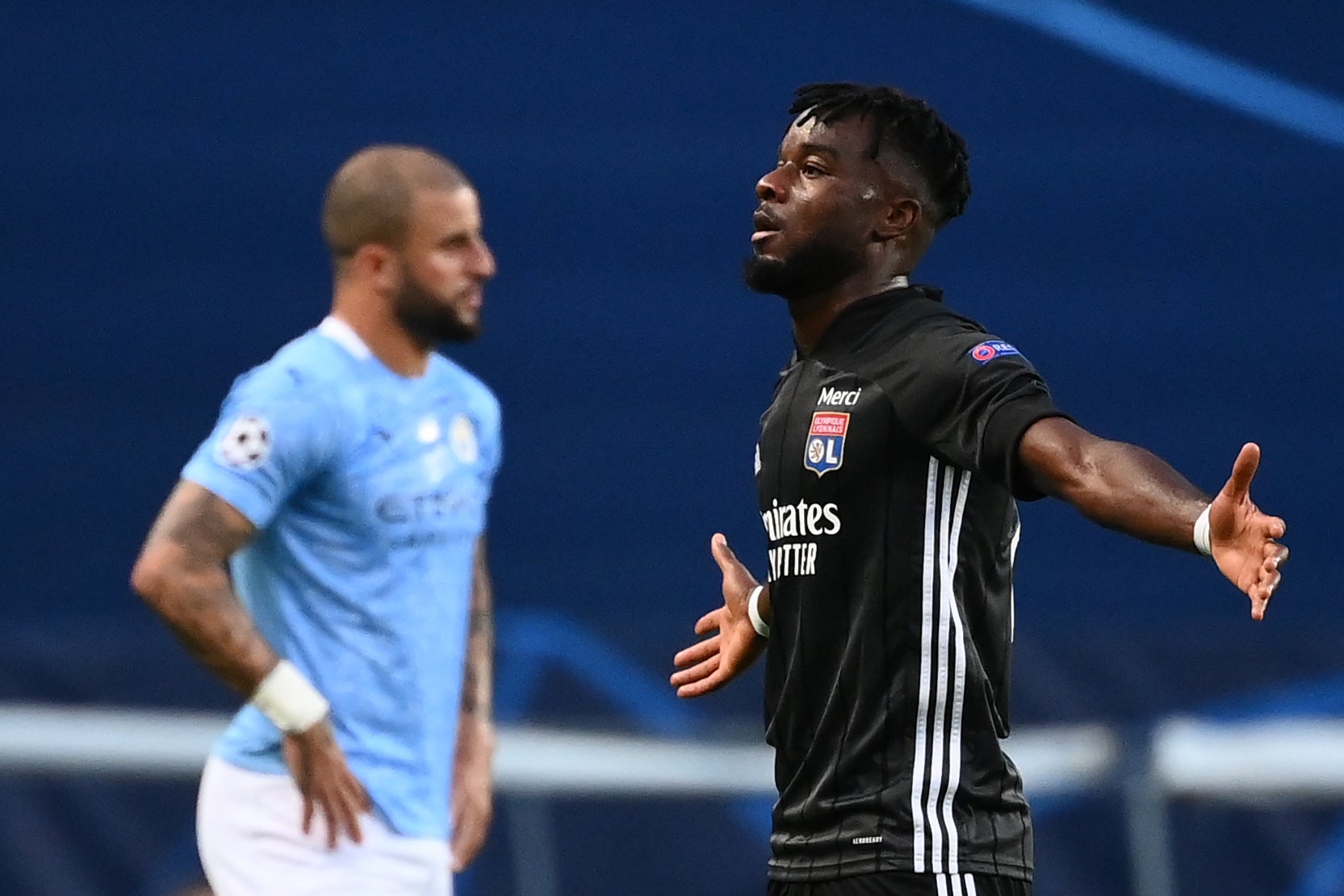 “Maybe it is something we are not used to, going behind and conceding or struggling because we are used to dominating games always and having possession but it is completely normal in the Champions League and also in the Premier League that there are games that it might not be that easy.

“Mistakes are normal so just learning to deal with it is the only thing that was a little bit missing,” he added. “Dealing with that situation is something we might need to learn still. These stages will show it now but it is something we need to accept.”

Gundogan is worth listening to. He is the only member of City’s squad to have played in a Champions League final – with Dortmund in 2013, scoring a penalty in their 2-1 defeat – and is one of its most influential, experienced figures. If he believes there is a mental hurdle to overcome, there probably is.

Guardiola tacitly accepted this when told about Gundogan’s remarks, admitting some of his players may need a moment to adjust in-game if they feel the nerves getting the better of them.

“The guy who feels comfortable during the game, take responsibility, be more involved,” he said. “For the guys who are more nervous or quiet, okay, do your job, play simple, be calm and after the rest will come. After maybe five minutes later, you will be ready to make a good performance again.”

Taking a moment to regain composure may have helped City in their past quarter-final eliminations under Guardiola.

Liverpool essentially won the 2018 tie by scoring three goals in quick succession at Anfield. A year later against Tottenham, having taken four minutes of the second leg to restore parity, City surrendered two away goals to Son Heung-min in the space of just three. Lyon’s winning goal last August came in a hectic eight-minute period.

Happily though, there is more recent evidence that City can react in the right way and avoid such collapses.

Marco Reus’ equalising goal six minutes from time at the Etihad last week would have given tonight’s second leg a very different complexion had City not rallied, denied Dortmund another attempt on goal and eventually scored themselves through Phil Foden, who established the slender advantage that they take to Signal Iduna Park.

It was a sign that Guardiola’s side may finally have learned from the mistakes of the past and may now be ready to clear the greatest obstacle of his five years in Manchester so far. 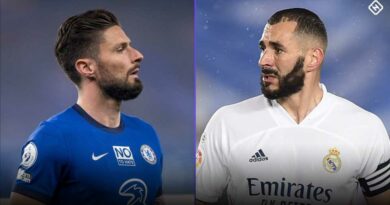 What channel is Chelsea vs. Real Madrid on today? Time, TV schedule to watch Champions League match in USA