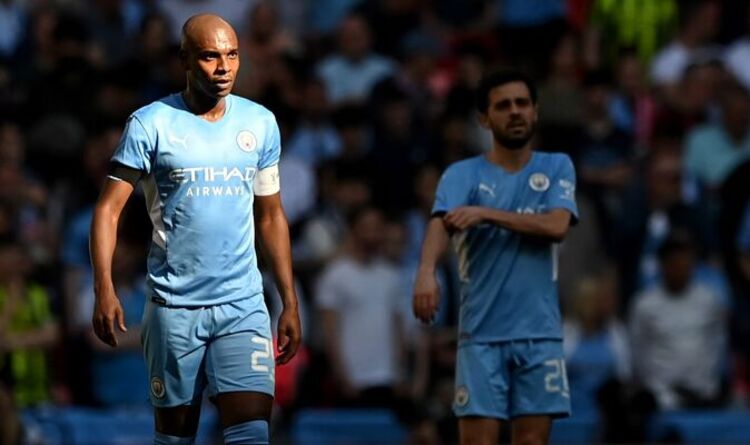 Manchester City had a day to forget against Liverpool in the FA Cup semi-final as they were soundly beaten 3-2 to end their hopes of a treble. The game was lost in the first-half as a Ibrahima Konate and a Sadio Mane double did the damage. And although Jack Grealish and Bernardo Silva pulled two back in the second period, they could not mount a comeback and now only have the Premier League and Champions League to focus on. Here are City’s player ratings from Wembley…

An absolutely woeful mistake to allow Mane to make it 2-0. Looked shaky throughout. Guardiola made a huge mistake dropping Ederson.

Not one of his better showings, although he was far from alone in that. Made a few silky passes in the second half but it was too little, too late.

Couldn’t deal with the pace and power of Liverpool’s forwards. Wasn’t helped by having the hapless Nathan Ake next to him rather than the more solid Ruben Dias or Aymeric Laporte.

Beaten far too easily by Konate as he opened the scoring from a corner. It is becoming clear why he is only City’s fourth-choice centre-back.

Didn’t do anything horrifically bad other than a poor backheader which almost let in Mo Salah, but he just does not seem to offer enough going forward. Another strange decision from Guardiola to start the Ukrainian.

Didn’t make things tick like he normally does, and was kept relatively subdued by Liverpool. Finished coolly in the dying moments to make it 3-2.

Should have been booked on a number of occasions before he was finally shown a yellow card for a nasty tackle on Mane in the second half. The Brazilian just doesn’t seem to have the legs to deal with the likes of Liverpool anymore. His decision to leave at the end of the season is probably a wise one.

Finished well early in the second half to get City back in the game. Was arguably the Sky Blues’ brightest option going forward on the day.

A pretty disappointing afternoon for City’s golden boy, who was another to be kept quiet by the Liverpool backline. Needs to start grabbing games of this magnitude by the scruff of the neck if he is to live up to his huge reputation.

Assisted Grealish for his goal. Worked hard as ever but is arguably still just not quite at the level City need, as was seen by his weak finish straight at Alisson when put through at 3-1 down. A striker of Erling Haaland’s pedigree could have made the difference here.

Just as last weekend, Sterling was ineffective against his former club. Something is clearly not quite right at the moment and the England star may need a rest.

Did brilliantly to set up Silva for his late consolation. Will feel aggrieved not to have started. 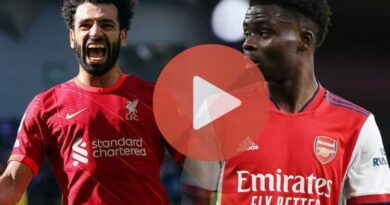 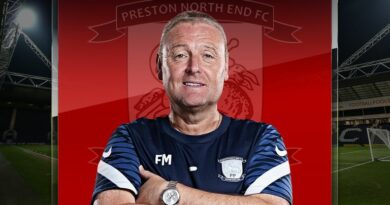 Frankie McAvoy interview: Preston North End boss on taking charge for the first time in his fifties and loving it