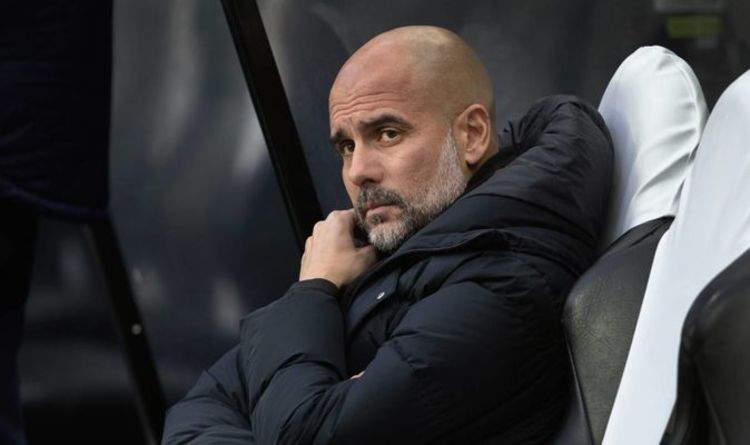 Guardiola refuses to believe title race is over

Manchester City are likely to lose youngster Jayden Braaf in the upcoming transfer window, according to reports. Braaf is out of contract in the summer and is keen to move on from City, having grown frustrated with a lack of game time under Pep Guardiola.

The 19-year-old is yet to make his first-team debut for Man City, but has produced some impressive performances for the club’s development sides.

His playing style as a tricky winger has seen him compared to Leroy Sane and Jadon Sancho, as well as his Dutch compatriot Memphis Depay.

Braaf looked set to make a breakthrough last season after being voted as the Under-23s players’ player of the year in 2019/20 for contributing 11 goals and three assists in 27 appearances.

But his step up to Guardiola’s side never came and, although he joined Udinese on loan in February, the move was cut short by a knee ligament injury after one goal in four games.

JUST IN: Romelu Lukaku dreamed of moving to three clubs before Chelsea return

The fact Udinese had an option to buy Braaf for £9million at the end of the season showed City were open to his permanent departure.

And that eventuality could become reality in January, with City ready to entertain bids for his services, according to the Manchester Evening News.

Braaf is still sidelined while he completes rehab from his knee injury, but is hoping to be back fit in February.

The report states that there is interest from abroad in him and City are keen to receive a fee, rather than lose him for free in July.

Braaf joined City’s academy from PSV Eindhoven in 2018 and he has been capped by the Netherlands up to Under-18 level.

Other City youngsters like Cole Palmer, Liam Delap and James McAtee have made tentative first steps in first-team football.

Phil Foden has shown there is a pathway open into the defending Premier League champions’ side if young players are patient.

But Braaf looks set to follow in Sancho’s steps by leaving the club in search of more regular opportunities.

Sancho rejected the offer of a new contract with City to join Dortmund in August 2017 for a fee in the region of £8m, before he had even made his debut for Guardiola’s side.

It proved an inspired decision for the young winger, who starred for Dortmund for four years before earning a £73m move to Manchester United in the summer.

Guardiola always insisted there were no hard feelings with Sancho after he made a success of his time in Germany.

“He didn’t want to take this challenge, this opportunity to discover if he was able to,” he said in 2019.

“He decided to go there. So, it’s perfect. It’s going well and congratulations on what he is doing.”