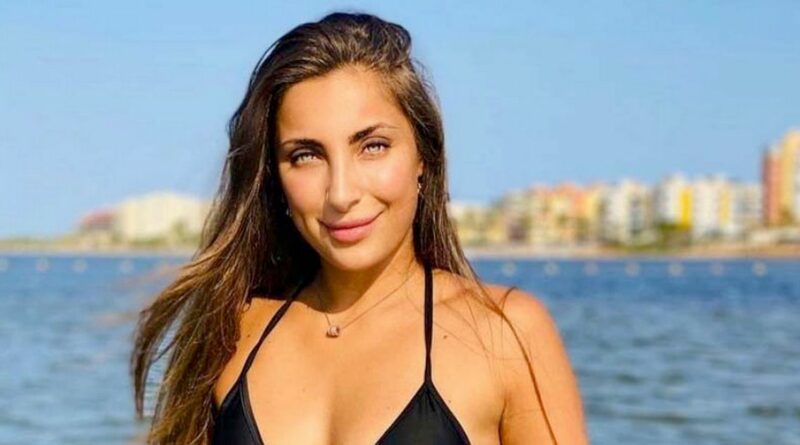 As Manchester City head into their Champions League tie with Paris Saint-Germain, there’s no doubt the clubs will be watched under the eye of the players' wives and girlfriends.

The WAGs, as they’re commonly known, are masters in using social media to build a platform for themselves and have built their own following.

Jack Grealish and Mauro Icardi may currently be the most known for their love lives, with recent stories involving their partners hitting the news.

But now, as well as them, we look at some other significant WAGs who might be strutting their stuff in the Etihad on Wednesday night.

Here's a look at some of the jaw dropping other halves in support.

Marco Verratti married his model girlfriend over the summer. Verratti and the brunette wed in a Paris ceremony, where they were surrounded by their family and friends.

Jessica, 29, was first spotted by the press with Verratti, 28, at the Monaco Grand Prix in 2019, only months after the Italian announced his divorce from Laura Zazzara.

Wanda Nara and Icardi have had a turbulent few months. Wanda accused Icardi of cheating while posting images of her ex, Maxi Lopez, on social media.

The striker even missed PSG training owing to the much-publicised fallout.

It appears now that the pair had rekindled their affection for one another, with images of them once together on Facebook.

But questions still remain on their chaotic relationship.

Lionel Messi’s wife, Antonela Roccuzzo, has known the superstar since she was five years old and the pair have barely been apart since.

The PSG star regularly visited her home from a young age, according to the Sun, and while it is not known how long the pair have been together since they were kids, they went public with their relationship in 2008.

According to reports, Jack Grealish had been in contact with Inbetweeners star Emily Atack for a period despite being in a long-term, on-off relationship with Sasha Attwood.

Grealish denied the stories on social media, while recent news suggests he and his girlfriend are now house-hunting in Cheshire.

The two have held talks about their relationship, reports The Sun, following the news that Grealish had allegedly been in contact with Emily Atack, 31, as well as 24-year-old Love Island winner Amber Gill.

Kyle Walker reportedly got back together with Annie Kilner after he made a proposal to her last year.

The pair have been on and off for over a decade, having started starting in their teens.

After some ups and downs, it appears that amends have been made between Walker and his childhood sweetheart.

Phil Foden’s long-term partner Rebecca Cooke has been with the Manchester City footballer since their days in Stockport.

Father-of-two Foden hit the headlines in September 2020 when an Icelandic teenager claimed she spent the night with the playmaker at a hotel while England were away on international duty.

Foden and teammate Mason Greenwood were seen in the room together, and were dropped by Gareth Southgate before being brought back.

Foden and Cooke are still together, though, and have two children.

Taylor Ward is the daughter of Real Housewives of Cheshire stars Dawn and Ashley, but has since become engaged to Riyad Mahrez.

The stunning model, 23, is studying for a degree in fashion, while she is active on social media, where she promotes beauty products and her extravagant holidays to Dubai and Ibiza.

The Spaniard has attracted a huge following in Instagram, with some 19k followers keeping an eye out for her snaps.

The dancer is known for some racey photos on social media, as well as some of her cat, and of course, Laporte.

Gareth Southgate admits he fears for the future of English clubs