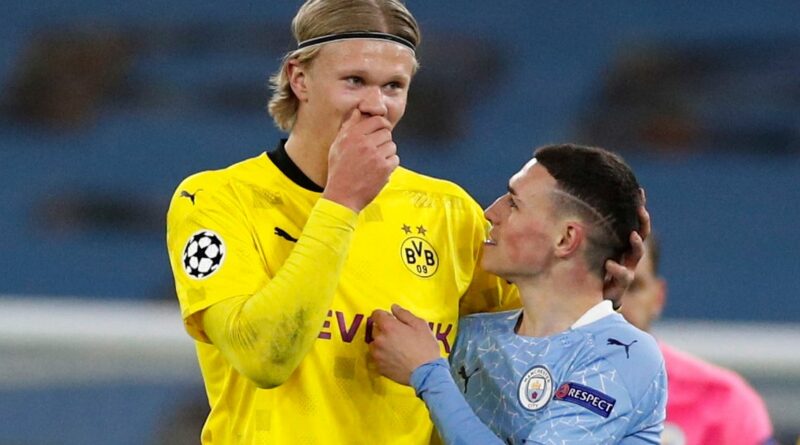 Already possessing an array of attacking talent, Manchester City are once again expected to spend heavily in the summer to add to their star-studded squad.

Pep Guardiola's side have reportedly agreed terms with Borussia Dortmund starlet Erling Haaland who has a sensational record of 82 goals in 85 matches for the Bundesliga juggernauts. The Norwegian ace's €75m (£62m) release clause becomes active in the summer putting all of Europe's top dogs on red alert.

Though it appears City have won the race for the 21-year-old and the Premier League champions are ready to offer him an eye-popping salary of £500k-a-week – which would make him the league's highest-paid player.

The report states that Haaland is expected to pen a deal within the next week and will link up with his new team-mates for the club's pre-season tour of the United States in July.

HAVE YOUR SAY! Can Erling Haaland fire Manchester City to Champions League glory? Let us know in the comments section.

Haaland's fierce record in front of goal should see him slot straight into Manchester City's favoured 4-3-3 formation. The free-scoring forward has managed to hit 18 goals in an injury-plagued campaign and could prove to be the final piece of the puzzle in City's quest for the Champions League.

It's no secret Guardiola had earmarked Harry Kane to lead the line last summer and perhaps the Cityzens would sit comfortably at the top of the table if they had not gone the majority of the season without a recognised number nine. Whilst goals aren't necessarily a concern for the Spaniard, Haaland should provide some added firepower at the top end of the pitch latching onto the creativity of Raheem Sterling, Riyad Mahrez and Kevin De Bruyne.

Bagging two goals in the 6-1 demolition of Wolfsburg at the weekend, Haaland starred in a central role ahead of two advanced midfielders. The partnership of De Bruyne and Ilkay Gundogan provides enough defensive security and attacking talent to feed the ball through to Haaland – the Norwegian is most comfortable when bearing down on goal with the ball at his feet.

It was Julian Brandt's first-time pass that sent Haaland racing away to bag Dortmund's sixth on Saturday, where the 21-year-old cooly despatched high into the roof of the net at the near post. We've gone for the most creative City midfield possible by adding Bernardo Silva and Phil Foden to the flanks to ensure City make the most of Haaland's lightning pace.

Still yet to fully grasp his opportunity, the arrival of Erling Haaland could make or break Jack Grealish at Man City. In the absence of a recognised forward, Foden has often been deployed as a false nine but is likely to drop back to a more suited role in central midfield once the signing of Haaland is confirmed.

De Bruyne is the most obvious candidate to partner Foden in midfield but Grealish's ability to take on a man could free up space for Haaland to exploit further up the pitch. Similarly to how he's been utilised this season, Gabriel Jesus pops up on the left-hand side – this affords Grealish more space to weave his magic when the Brazilian cuts infield. 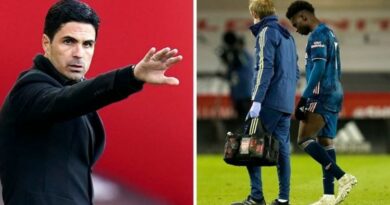 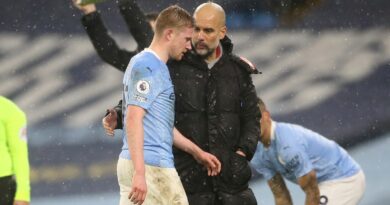