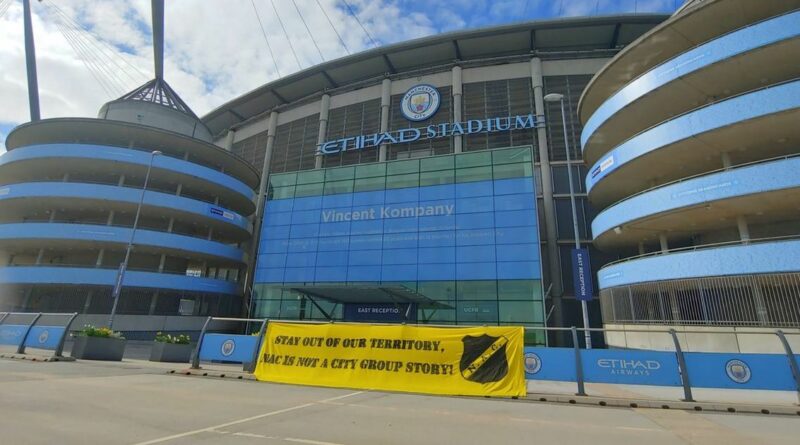 Manchester City's Etihad Stadium has been attended by disgruntled supporters of Dutch football club NAC Breda who don't want to see their beloved side bought out by City Football Group.

Fans of the second-tier outfit hung a banner outside the Premier League ground in a bid to dissuade a take-over similar to the likes of MLS side New York City and A League champions Melbourne City as well as eight others.

With the majority shareholders of Breda looking to sell up, CFG have been linked with a full takeover – and were said to have been competing with construction magnet Karel Vrolijk before winning the race.

The large yellow banner reads: "Stay out of our territory. NAC is not a City group story!"

With one banner being hung outside the Etihad Stadium, others were placed at Stade de l'Aube of Ligue 1 side Troyes and Belgian club Lommel's stadium Soevereinstadion.

Fan group Breda Loco have taken responsibility for the protests, simultaneously announcing their disapproval of the verdict reached by the supervisory board.

Would you protest billionaire owners at your local club? Give us your thoughts in the comments section

The supervisory board said of the club this week: "We presented the results of our investigation to the shareholders. On that basis, they have chosen to sell their shares to City Football Group.

"All other parties that have applied since the start of the sales process have now been informed and thanked for their efforts.

"With City Football Group, which already has a long-term collaboration with NAC, an agreement was reached this week subject to approval by the Supervisory Board, NOAD Foundation, the KNVB and the municipality of Breda.

"With this, the sales process is entering the final phase and the shareholders and City Football Group assume that preparations for the new season can be started in the short term. We hope with this message to provide more clarity about the exciting sales process so far.

"This is also the express wish of the shareholders, who have always been looking for a buyer to whom NAC can be transferred in good hands and with confidence." 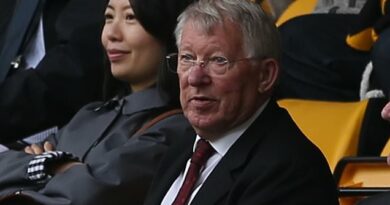