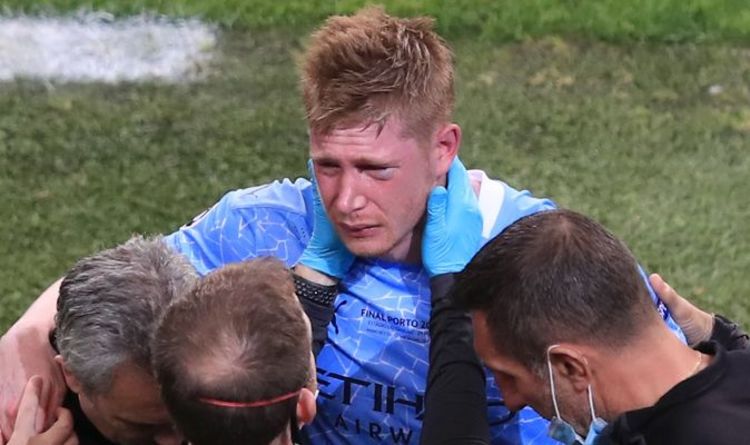 Manchester City midfielder Kevin de Bruyne has confirmed the extent of the nose injury he suffered during his side’s Champions League defeat against Chelsea. The Belgian came off worse after challenging for a header with Antonio Rudiger.

De Bruyne was in tears as he was helped off the pitch by City’s medical staff on the hour mark.

A cut next to his eye was evident and he seemed dazed by the incident. The 29-year-old was replaced by Fernandinho.

Kai Havertz had already given Chelsea the lead with his first-half goal. the German rounded Ederson before finishing into an empty net.

The Blues went on to win against an uncharacteristically lacklustre City side, who managed just one shot on target. 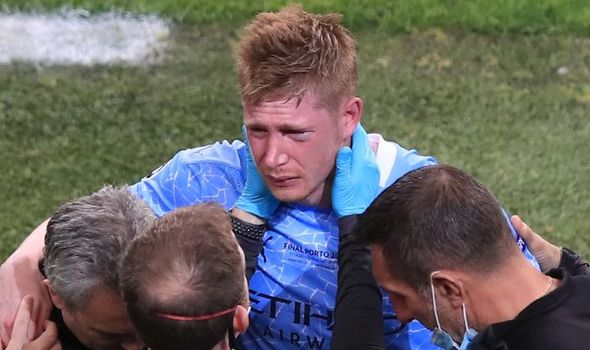 They failed to create much after De Bruyne was withdrawn. Riyad Mahrez had a shot deflect just over the crossbar but that was as close as Pep Guardiola’s side came.

And De Bruyne has provided fans an update on his wellbeing.

Following check-ups at a local hospital, he confirmed that he has suffered an acute nose bone fracture and a left orbital fracture.

Writing on social media, De Bruyne also reflected on his disappointment about City’s defeat but told fans that his side will once again be challenging for trophies next season.

“Hi guys just got back from the hospital. My diagnosis is Acute nose bone fracture and left orbital fracture,” De Bruyne tweeted on Sunday.

“I feel okay now. Still disappointed about yesterday obviously but we will be back.”

De Bruyne played a key role as Guardiola’s side completed a domestic double.

A 1-0 victory over Tottenham in March secured a fourth consecutive Carabao Cup. The midfielder’s corner was headed home by Aymeric Laporte.

He scored six goals and provided a further 12 assists, despite a hamstring injury limiting his involvement for parts of the campaign.

Overall, the Belgium international has played 262 times for the club and scored 67 goals.

He has also provided an impressive 107 assists, meaning that he has directly contributed to a City goal just over every 120 minutes.

Belgium manager Roberto Martinez will be sweating on the fitness of De Bruyne, who will likely play a key role for the Red Devils at Euro 2020 this summer.

He has scored 21 goals in 80 appearances for his country.

De Bruyne recently signed a new contract which keeps him at the Etihad Stadium until 2025.
Source: Read Full Article 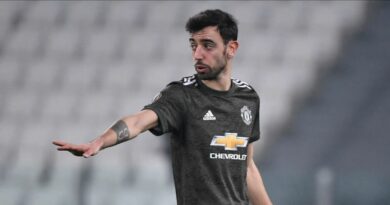