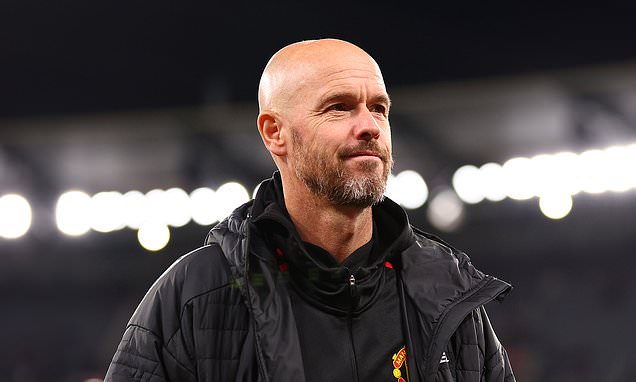 ‘What’s going on with Garner?… Please give Garnacho minutes, thanks’: Man United fans bemoan lack of action for duo on social media – and insist they’re ‘TIRED’ of seeing Fernandes, Fred and McTominay in midfield already in third pre-season friendly

Manchester United fans have called for Erik ten Hag to give Alejandro Garnacho, James Garner and Hannibal Mejbri more minutes during their pre-season tour this summer.

Fans were hoping to see the trio start against Crystal Palace on Tuesday but Garnacho and Hannibal were dropped to the bench while Garner was excluded from the matchday squad altogether.

The Red Devils have three pre-season games left against Aston Villa, Atletico Madrid and Rayo Vallecano and fans have pleased with the Dutch manager to give the trio a chance to impress. 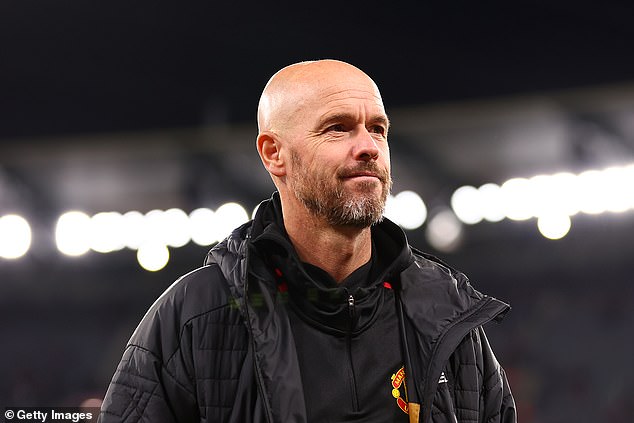 One fan took to Twitter to slate Ten Hag’s selection for the Palace game, saying: ‘Is this going to be our starting midfield this season, cos I’m tired of seeing that Trio in midfield…’.

Another one added: ‘I hate seeing this same midfield I swear’. While another said: ‘Them youngsters should get more time’.

One supporter took to Twitter to say: ‘I don’t know why we keep on fielding our 1st team instead of giving chance to youngsters….Garnacho still didn’t get a single minute and we keep on starting with our main players every friendlies…’.

United fans were particularly disappointed to see Garner left out of the matchday squad altogether. Some asked whether the 21-year-old was injured, while others demanded Ten Hag reassess his options.

One fan wrote: ‘What’s going on with garner? Is he injured what? He was training whys he not playing? Also why does ten Hag never mix it up’. While another added: ‘Garner not even on the bench ffs’.

Several fans also took to social media to vent their frustrations over Ten Hag’s decision to bench Garnacho. One supporter questioned: ‘Why hasn’t Garnacho been playing?’, while another fan wrote: ‘Please give Garnacho minutes, thanks’.

However, Hannibal has not yet featured for United during their pre-season tour of Thailand and Australia.

Savage worked his way into the squad when Garner picked up an early knock at the start of United’s pre-season training camp.

Speaking about his injury, Garner said: ‘Unfortunately I picked up a little injury on the fist day which has set me back until now.

‘I’ve been in the gym and I’m back training from Monday so hopefully I’ll get a chance to play’.

Meanwhile, Garnacho’s pitch time during United’s pre-season tour has also been limited – despite being handed minutes against Chelsea and Crystal Palace last term.

However, Ten Hag has previously said he will give every United player an opportunity to show him what they can do.

‘I want to have an impression from all the players, and they get a chance to show what they can [do] and what they’re capable of,’ He said.

‘If they can contribute to Manchester United or maybe if a loan period is better. There is also other possibilities, but it is good that United has some talents but also you see that you need improvement and development.’