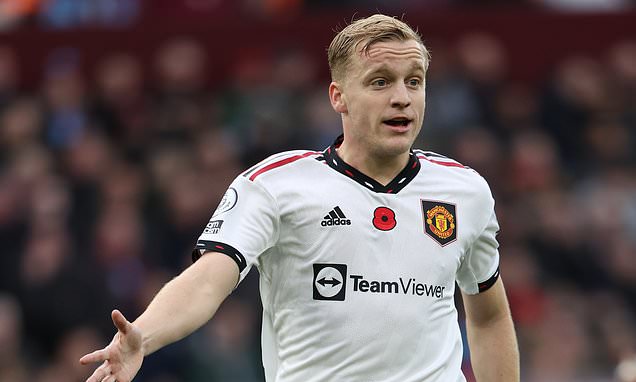 ‘He’s made NO impact under three different managers’: Man United fans insist Donny van de Beek ‘doesn’t have a future’ at Old Trafford and urge the club to move him on in January after his latest poor showing in defeat by Aston Villa

Van de Beek was given his first Premier League start of the season on Sunday but the midfielder failed to seize his opportunity as United lost 3-1.

Following the game there were calls from some United fans on social media for van de Beek to leave the club. 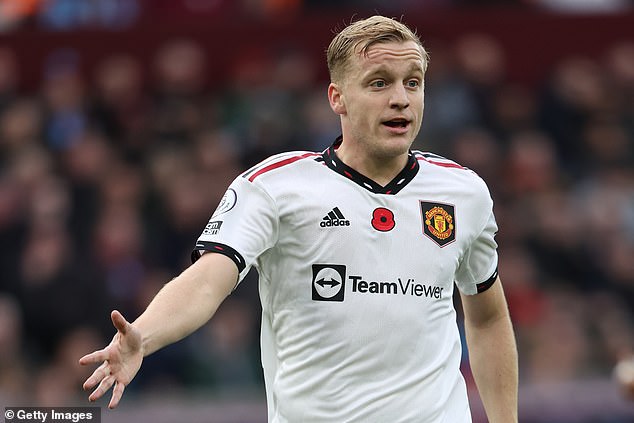 One fan wrote: ‘Sorry to say but Donny Van De Beek doesn’t have a future at Man United’.

Another added that van de Beek ‘can’t make it at United.’

They wrote: ‘It’s about time Manchester United let go of Donny Van De Beek, he can’t make it at United.’

One supporter pointed out that van de Beek is still struggling to make an impact despite having now played under three different managers at United – Erik ten Hag, Ralf Rangnick and Ole Gunnar Solskjaer.

They wrote: ‘No one knows what Van De Beek actually does. He’s made no impact under 3 different managers. It might be time to move him on in January’. 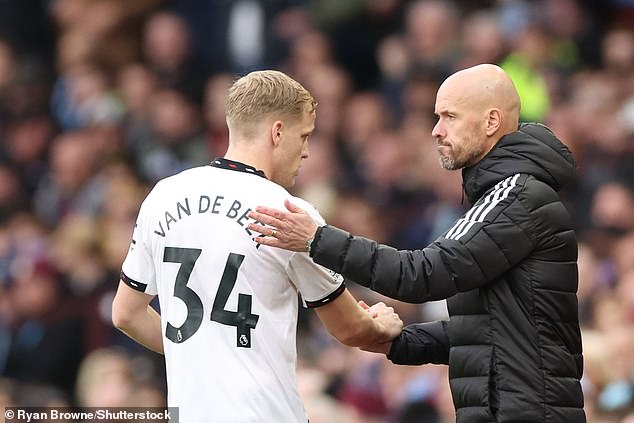 Another fan added that van de Beek was ‘missing in action’ and stated that suggestions that he needed game time were inaccurate.

One fan called for van de Beek to be sent back to his former club Ajax.

They wrote: ‘Donny Van De Beek is offering nothing. Just send him back to Ajax, not good enough for Man UTD’. 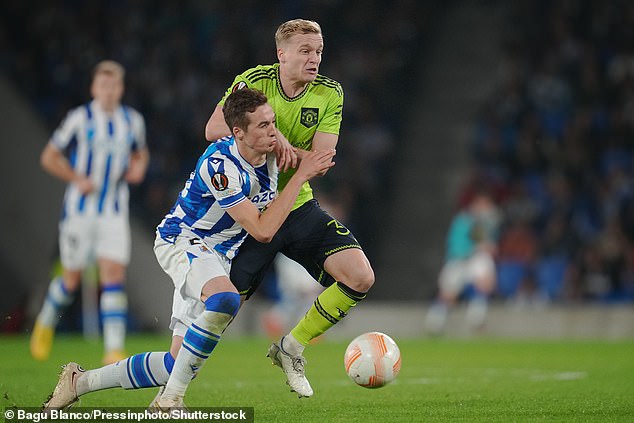 Van de Beek’s disappointing display against Villa followed on from his struggles against Real Sociedad in the Europa League.

Speaking after the Sociedad game, ten Hag was asked if there will come a point where United will have to accept Van de Beek’s time at united hasn’t worked out.

Ten Hag said: ‘Yes, but that can’t be now. Because he had quite a good pre-season, he was injured, now he is back.

‘I think it was a decent performance. I know he can do better because I know him very well, but he delivered what I expected in terms of positioning, pressing and transition. I think he can do more and that’s his biggest quality, he can be more of a threat to an opponent’s goal.

‘In my time here, he is performing well in the game-time we gave him.’

He has made 56 appearances for United but has mainly been used as a substitute. 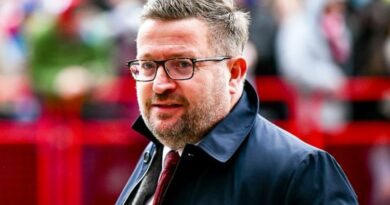 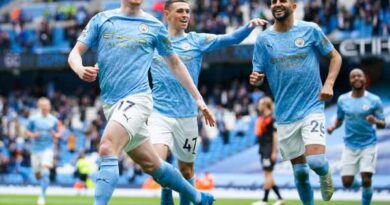