‘Of course I am! It was one of the best decisions I’ve made, coming here. I love it’: Manchester United target James Maddison insists to a fan that he is staying at Leicester City next season

Leicester City midfielder James Maddison shot down Manchester United links as he told a fan he will be staying at the club next season.

The 23-year-old, who joined from Norwich last summer, is high up on United manager Ole Gunnar Solskjaer’s transfer wishlist and plenty of reports have floated around that the England international could be on his way to Old Trafford.

Maddison surprised Foxes fan Roy Fellowes with a video call and the fan got straight to asking the important questions on the midfielder’s future. 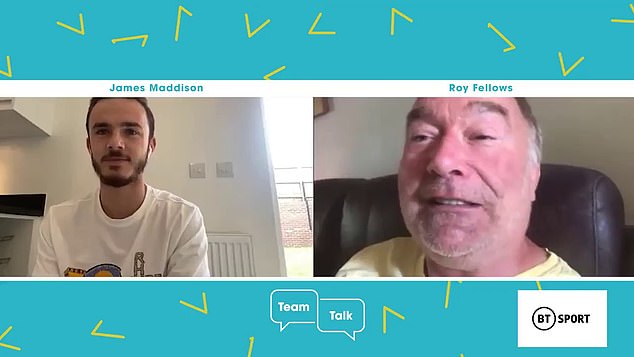 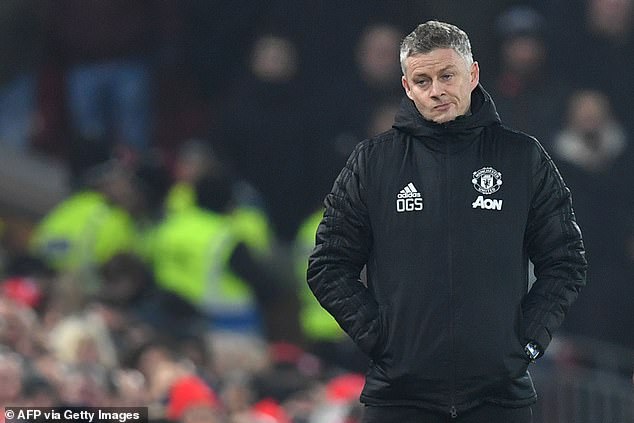 ‘Of course I am,’ Maddison said after the fan asked if he will stay at the club on BT Sport’s Twitter account.

‘It was one of the best decisions I’ve made, coming here. I love it.’

The attacking midfielder opened up about the struggles of being in isolation with the Premier League unfinished.

‘I’m just isolating, the same as everyone else. It’s tough at the minute because we have to stay inside but kind of keep fit as well because we don’t know when the season is going to resume,’ he told the lifelong Leicester fan. 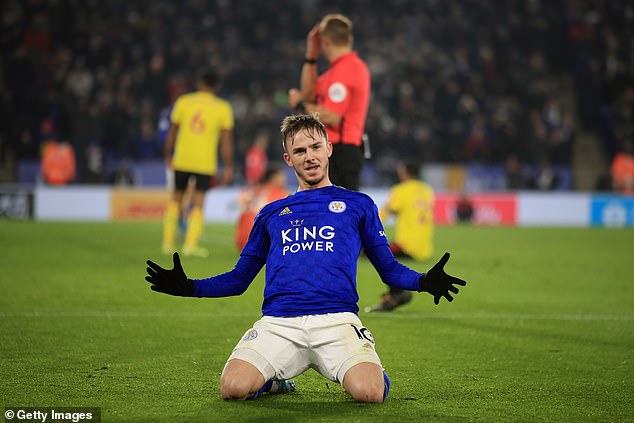 ‘We’re just doing individual stuff at home. Brendan Rodgers sorted out his staff to send us stuff to do at home so we’re still keeping fit, we’re not sitting at home on the beers and the cakes, don’t worry about that!’

The Foxes were having an incredibly strong league season and were third in the table when the campaign came to a halt because of the coronavirus pandemic. Maddison admitted it has been tough on the club as they want to confirm their Champions League spot for next season.

‘This situation is not ideal because we were doing so well and we were in the spaces,’ he said. ‘We just want to finish and try to secure one of those spaces because Champions League football is something I’ve always wanted to play in.’ 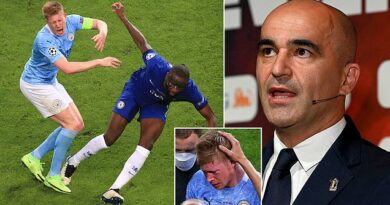