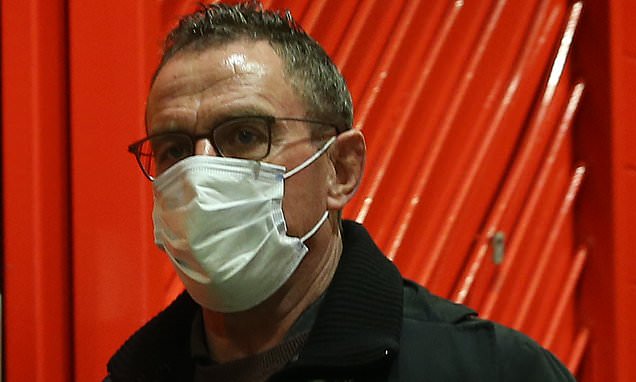 Cristiano Ronaldo and Harry Maguire are not part of Manchester United’s matchday squad for the FA Cup third round tie against fellow Premier League side Aston Villa on Monday night.

United boss Ralf Rangnick and Villa counterpart Steven Gerrard both have their first taste of the FA Cup as managers at Old Trafford.

The winners of the tie will host Middlesbrough in the fourth round, and United will face Villa again when they travel Villa Park in the Premier League on Saturday.

Rangnick has outlined what United need to do to exorcise that underwhelming showing against Wolves.

‘We need a different, energetic level,’ he reckons. ‘We are fully aware of that; we have to try and put pressure on them. Don’t allow them to play their technical football.

‘Things have changed since Steven Gerrard arrived at Aston Villa, the style of play that they prefer since he has arrived is different.

‘They have a lot of technical players in the centre of midfield, they are a little bit focused on the centre of the pitch and we have to be aware of that and make the right decisions in order to be able to be successful.’ 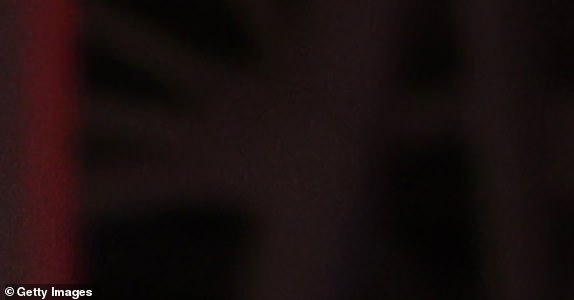 Villa fans might be feeling more optimistic after perusing those teamsheets, which do not include Cristiano Ronaldo or Harry Maguire in United’s squad.

The visitors had not beaten United since 2009 – a run of 18 games – before they won here on September 25 courtesy of Kortney Hause’s 88th-minute winner.

That was a lifetime ago in Premier League terms, though, with both sides led at the time by managers who were on the brink of departing. No doubt Gerrard would love a repeat of his predecessor’s result tonight. 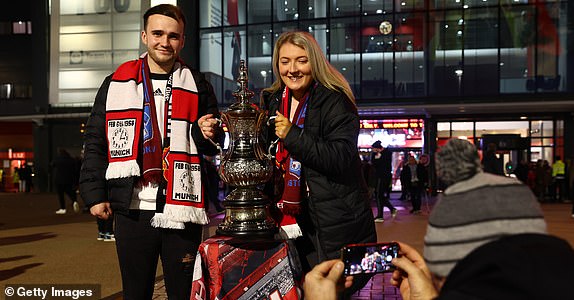 Here we go, then…

How are you feeling about those teams, United and Villa fans? Kick-off is under an hour away. 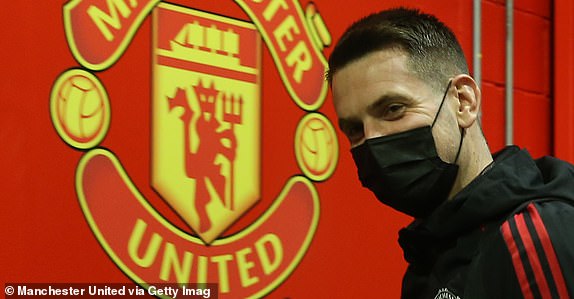 Ralf Rangnick wants his side to be ‘proactive and aggressive’ tonight as they look to recover from that defeat to Wolves here last time out. He’s also spoken about his FA Cup memories despite being a rookie in this competition.

‘When I was a young student at Stuttgart University, I spent a year in England, in Brighton, as a guest student at Sussex University,’ the United gaffer told the club’s website.

‘I played at the same time as a player for a small Sunday League team, Southwick, and their farewell gift when I left back for Germany at the end of that year was a ticket for the Cup final at Wembley: West Ham against Arsenal.

‘I think it was 1980 or 1981. I very much relish that experience still if I think about the atmosphere there. There were 30,000 West Ham and 30,000 Arsenal supporters, they had prepared individual songs for each individual player. ‘There’s only one Liam Brady,’ I remember, for example.

‘So, they had a special song for each player; each player, when this song was sung by supporters, was just standing in that corner where the supporters were. It was a very special atmosphere and it was obviously the old Wembley Stadium.

‘It would be great for us to experience that atmosphere in May, or whenever the Cup final is being played. But we’re fully aware that it’s still a way to go, quite a long way to go, and we could have had easier draws than Aston Villa.

‘The good thing is we’re playing at home in front of our 75,000 fans and everyone in the team, the players, the staff, we want to show that the relapse that we showed against Wolves, both tactically and energetically – we were way too passive, not proactive at all, this is exactly the kind of football that I hate, that I don’t want to see. 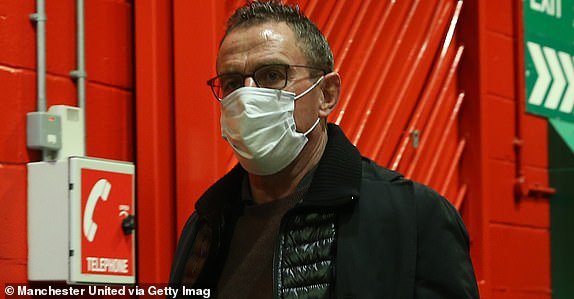 Thanks for joining Sportsmail’s coverage of this heavyweight FA Cup third round showdown. Will Cristiano Ronaldo play tonight? This fan will be hoping so. In any case, Villa are clearly dangerous opponents for United in Ralf Rangnick’s first match as a boss in this competition. Steven Gerrard, his Villa counterpart in this competition, is also managing for the first time in this competition, although the Liverpool legend added to his revered reputation with heroic FA Cup performances on several occasions. 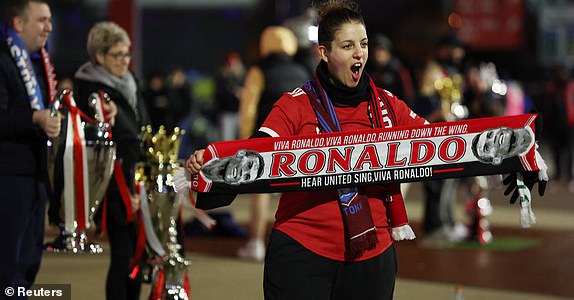 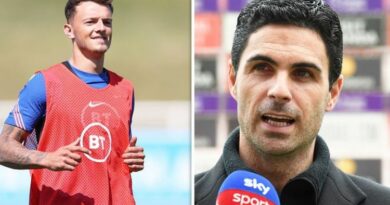