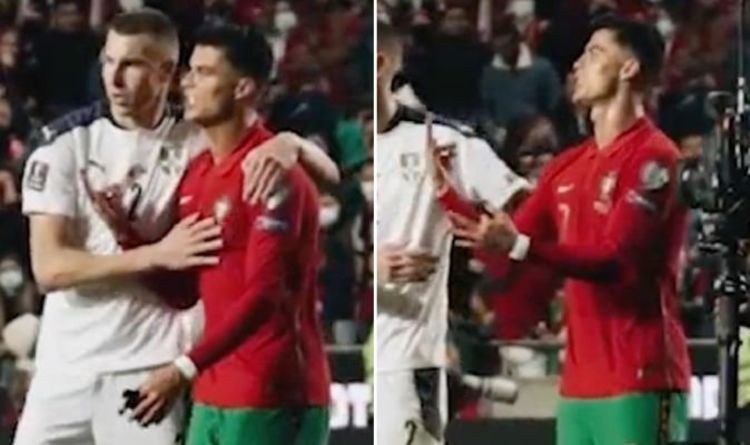 Manchester United forward Cristiano Ronaldo was unable to help Portugal cement their place at next year’s World Cup after his country suffered a shock 2-1 defeat at home to Serbia on Sunday – and could not hide his frustrations post-match. The result secures Serbia’s place in Qatar as winners of Group A of the European qualifying section, while Portugal will have to settle for a playoff spot.

The two countries went into the final round of qualifiers level on points at the top of their group.

And the hosts had a dream start in Lisbon as Renato Sanches fired home two minutes into the match after Nemanja Gudelj had been caught in possession.

But Serbia were level half an hour later as former Wolves keeper Rui Patricio made a hash of Dusan Tadic’s effort from the edge of the box – and the ball crept over the line.

The sides battled for dominance throughout the match and Portugal looked to have done enough to hold onto pole position as the final stages of the match approached.

But Fulham’s Aleksandar Mitrovic rose in the 90th-minute to head in Tadic’s delicious cross as Serbia won the group.

Moments later, a distraught Ronaldo could be seen in tears after the final whistle as the emotion of Portugal’s setback took hold.

And the United forward was then caught on camera appearing to direct his anger at coach Fernando Santos.

Ronaldo shared a brief handshake with Serbia substitute Nemanja Radonjic, before spotting Santos walking towards him.

In a video posted on Twitter, the 36-year-old can be seen shouting and throwing his arms around furiously, seemingly unimpressed at something his manager had done.

The duo shook hands before Ronaldo stood with his hands on his hips as Santos turned around and walked away.

Portugal will now have to win two play-off matches to secure a route to the World Cup.

Twelve teams will be in the playoffs this year, but only three of those will progress to the showpiece event.

Portugal have qualified for every World Cup since failing to make it to France in 1998. On that occasion, they finished third in their qualifying group behind Germany and Ukraine.

“We managed to score the goal early but from then on we stopped playing,” said Manchester City midfielder Bernardo Silva after Sunday’s game.

“I cannot find a great explanation for this, words fail me.

“I apologise to the Portuguese [fans] who watched a game they shouldn’t have watched.

“The plan was to try to have the ball, we were completely dominated by Serbia. With the quality of our players this is hardly admissible.” 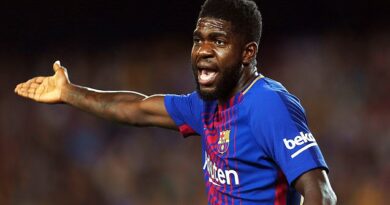 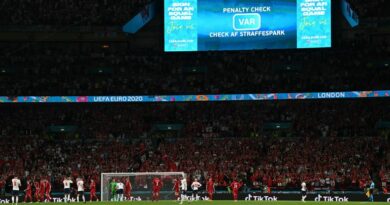 World Cup 2022: VAR to be used in qualifiers in Europe from next month