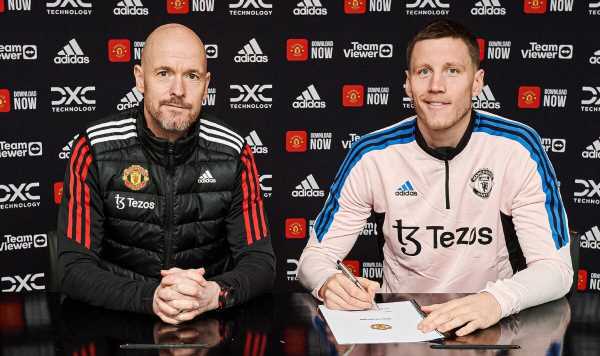 Manchester United new boy Wout Weghorst could be in for an awkward reunion with new team-mate Lisandro Martinez just a month after Argentina’s hot-tempered World Cup quarter-final win over the Netherlands in Qatar. Weghorst was officially confirmed as United’s first summer signing on Friday, with the imposing Dutch forward joining on loan from Burnley until the end of the season.

Erik ten Hag was desperate to reinforce his squad by signing a new striker to replace Cristiano Ronaldo and will be counting on Weghorst to pop up with some important goals between now and the end of the season. However, the 30-year-old will first need to patch things up with Martinez if there are any bad feelings lingering between the pair following Argentina’s hard-fought battle with the Netherlands at the World Cup.

The match saw Weghorst and his Dutch team-mates bow out of the tournament in the last eight after a dramatic penalty shoot-out, which followed a controversial 120-minute period of football that was packed with clashes and brawls involving both sets of players. Tensions ran high as Argentina threw away a two-goal lead in normal time, with Weghorst capping off a slick free-kick routine to equalise for the Netherlands just seconds before the final whistle.

A major scuffle kicked off in the closing stages of the match, while further skirmishes took place during extra-time before Argentina’s players celebrated in the faces of their Dutch opponents upon winning the decisive shoot-out. The drama did not stop there as Weghorst found himself in the midst of a tunnel confrontation with none other than Lionel Messi, who later branded him as a ‘fool’ during an emotionally charged post-match interview.

Weghorst laughed off the incident at the time by insisting that he was happy Messi even knew who he was, telling reporters: “I had some moments with Messi, he was surprised at these moments and he didn’t like it. I don’t like to speak about other people, I have a lot of respect for him.

“I think he’s one of the greatest players we’ve ever had in football history. I wanted to show this respect after the match. But he wasn’t really open to that, he was still a little bit angry with me. But I see it as a big plus that he knows my name now!”

Weghorst will now be looking to kick on at United after spending the first half of the season on loan at Besiktas, where he managed to average a goal every two games in all competitions. He spoke of his delight after signing for the Red Devils on Friday, insisting that he has been impressed by Erik ten Hag’s impact over the last few months and vowing to give his all for the club until the end of the campaign.

“I’ve played against the club in the past and it’s a fantastic feeling to now have the chance to pull on the famous red shirt,” Weghorst told United’s official website. “I’ve seen United’s progress under Erik ten Hag this season and can’t wait to start playing my part in pushing the team towards its aims.

“Whatever happens in the next few months, I can promise to give everything to the club for as long as I am here. I thank everyone who has played a part in getting me to this stage, and now I am looking forward to meeting my new team-mates and getting involved straight away.” 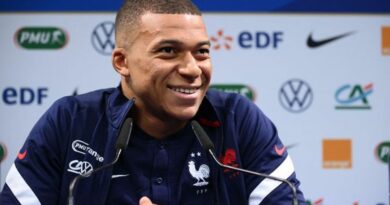