Manchester United have reportedly tabled a swap deal offer for Benfica striker Darwin Nunez. And, if he moves to Old Trafford, then he’ll already have two ideal partners in crime in the forms of Cristiano Ronaldo and Jadon Sancho. Both players are immensely talented – and the arrival of Nunez would likely strike fear into defenders across the Premier League.

It was reported on Friday that United were willing to offer Benfica an initial £64million for Nunez, who scored 34 goals across all competitions last term.

On top of that, they’re also willing to give the Portuguese giants £17m in add-ons.

And, furthermore, it’s been claimed they’re prepared to include Andreas Pereira in the arrangement as well.

United need a new forward to replace Edinson Cavani, who is set to leave amid interest from teams in South America and Spain.

Furthermore, the futures of Anthony Martial and Mason Greenwood are up in the air as the summer transfer window edges closer.

So, with that being the case, Nunez is their leading target when it comes to their attack.

And, if he moves to Old Trafford, Ronaldo and Sancho will be the perfect players to go alongside the Uruguay international in attack.

While Ronaldo isn’t the player he was, he certainly won’t be leaving Old Trafford anytime soon.

He made that abundantly clear on Thursday night, telling reporters he was ‘happy’ at the club.

And Ronaldo’s 24 goals across all competitions last term shows he’s still got what it takes to play at the highest level.

Whisper it quietly, the Portugal international could potentially better that tally next season.

United were abysmal under Ole Gunnar Solskjaer and Ralf Rangnick last term, failing to dominate the vast majority of matches they played in.

But, in a possession-based system, Ronaldo could feasibly get more chances.

And given his prowess in front of goal, you’d be a fool to bet against him taking them.

United had huge hopes for the England international when they paid a massive £73m to lure him away from Borussia Dortmund 12 months ago.

But while Sancho was actually a rare positive of the Rangnick era, he still hasn’t justified his price tag.

Yet. That’s the key word.

Ten Hag’s record with young players is well-documented and the England star is one star who can certainly benefit from the appointment of the Dutchman.

He is still regarded as one of the best forwards on the planet, despite the issues he encountered last term.

And United are hopeful Sancho can scale new heights next season as they look to compete for the biggest and best prizes on offer.

If the Red Devils land Nunez, he could slot in on the left-hand side of their attack.

Ronaldo would then go down the middle, having transformed into a centre-forward since leaving Real Madrid four years ago.

And Sancho would go on the right, where he was often used during his earlier years at Dortmund.

That front three would be formidable.

But whether United get a deal for Nunez over the line, especially given their need to bolster other areas of their squad, is something only time will tell. 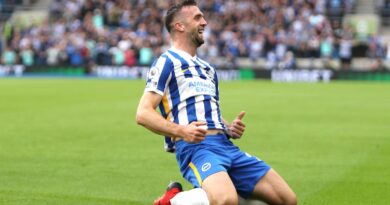 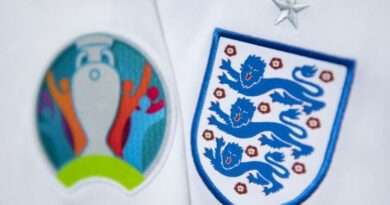 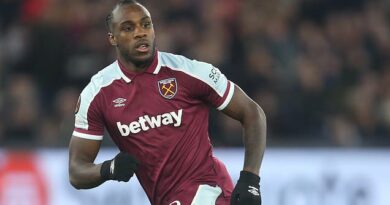