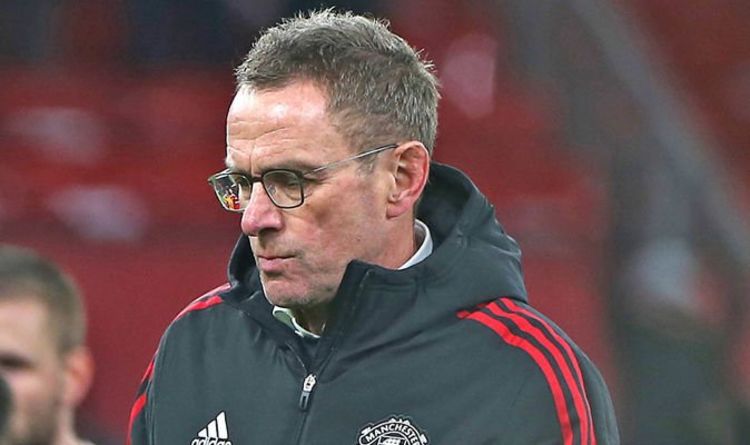 Manchester United already have two concerns over Ralf Rangnick as he faces a fight to win round the dressing room, reports say. The German was hired as Ole Gunnar Solskjaer’s replacement last month and won three of his first five matches at the helm. However, Monday night’s dreadful defeat to Wolves appears to have set the club back.

Manchester United hoped results would improve when they opted to sack Solskjaer following a 4-1 defeat away at Watford.

Yet while the Red Devils have beaten Burnley, Norwich and Crystal Palace under Rangnick, they’ve also failed to beat Newcastle, Young Boys and Wolves in the time since his appointment.

The defeat to Wolves on Monday night was particularly chastening, with United players widely condemned for showing a lack of effort on the night.

Luke Shaw alluded to bigger issues within the club when he admitted some of the players ‘were not there together’ as they saw their hopes of securing Champions League football for next season dealt another blow.

Now, The Sun say Rangnick has already picked up a reputation for being ‘aloof and overconfident’ behind the scenes.

The report doesn’t specify if that’s amongst club chiefs or whether that’s coming from the players.

Certainly, it doesn’t bode well for the coming weeks and months ahead.

Rangnick has arrived with big expectations, having worked wonders at the likes of RB Leipzig, Hoffenheim and Schalke in the past.

Yet after six games, United’s performances remain below-par with the mood around the club stooping to a new low.

Whether he can turn things around, starting with Monday’s FA Cup clash with Aston Villa, remains to be seen.

But United are now facing yet another crisis with a season that promised so much getting worse by the week.

At the start of the campaign, many expected them to challenge for the Premier League title.

They won three of their first four league fixtures, putting the likes of Leeds, Wolves and Newcastle to the sword.

Yet things have worsened ever since and, if results and performances fail to live up to expectations, the club may find themselves without Champions League football next season.

Speaking after his side were beaten by Wolves on Monday, Rangnick admitted he was unhappy with the nature of his team’s performance.

“We didn’t play well at all individually or collectively,” he said.

“In the first half, we had big problems to keep them away from our goal.

“In the second half we changed to a back three and had more control then a spell of 15 minutes where we could have scored.

“Moutinho could shoot unmarked with no problems, no pressure. We’re very disappointed about the result and parts of our performance.

“They’re playing with four or five central midfielders and we had problems to control that part of the pitch.

“We decided to change our formation and we had more control – they didn’t have as many chances – but we missed our chances and we have to admit they deserved to win.

“Wolves were the best team we’ve played. We have more problems today than in other games.

“We didn’t press at all. We tried but we were not able to get into those pressing situations.

“They had an overload in midfield and they played via their wing-backs. We’ve been only working two and a half or three weeks after needing to close the training centre. We had the results. In times we played well but today we have to admit they’re better than us.” 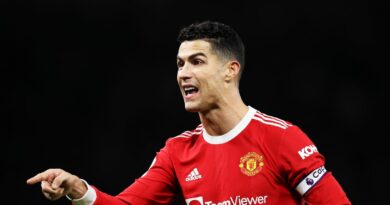