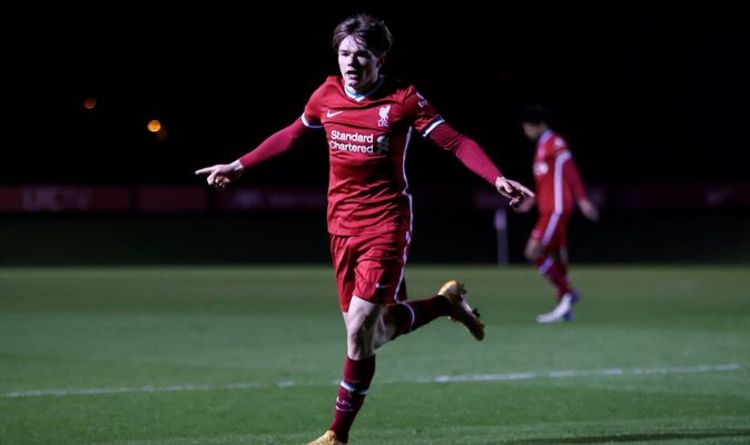 Manchester United and Chelsea are ready to go head-to-head for the signature of Liverpool youngster Ethan Ennis. The 16-year-old has made a positive impression during his time in the Reds’ academy, having broke into the Under-18s setup last season.

Ennis score three goals along the team’s run to the final of the FA Youth Cup and helped secure a third-placed finish in the Premier League U18 table.

But his time at Liverpool appears to be coming to an end, with the Liverpool Echo reporting that Ennis has rejected a scholarship offer and looks set to sign for one the Reds’ rivals.

The Reds will now attempt to negotiate a development fee for the player and face the prospect of a tribunal should an agreement not be reached.

Though looking likely to lose Ennis, Liverpool have managed to tie down a number of other talented youngsters to fresh terms this summer.

Kaide Gordon, Stefan Bajcetic and Calum Scanlon were among the ten players who recently signed their first-year scholar terms.

Liverpool have witnessed the development of a number of players who have progressed through the club’s academy in recent years.

Trent Alexander-Arnold and Curtis Jones are two examples of players who learned their trade in this manner before moving into first-team football.

Alexander-Arnold has set an example to any current player coming through the ranks at the club as to what can be achieved in such a short space of time.

The 22-year-old has established himself as one of Europe’s best full-backs and puts much of his success down to guidance given by Liverpool academy manager Alex Ingelthorpe.

“I want every trophy and as many of them as possible,” Alexander-Arnold told MR PORTER in an interview last year.

“I remember Alex Inglethorpe breaking it down into a thought process that I’ve never stopped thinking about since. It was when I was around 18 and he asked me ‘when do you retire? Maybe when you’re around 34 or 35. That’s 17 years.’ 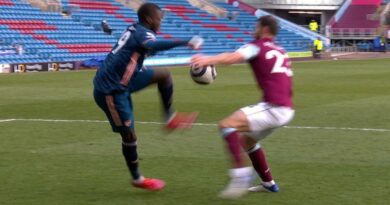 Ref Watch: Should Arsenal have had a penalty at Burnley? Dermot Gallagher delivers his assessment