Project Big Picture has been scrapped after an emergency meeting between Premier League clubs on Wednesday. Liverpool and Manchester United came together last week to announce a controversial new plan to shake up the English football pyramid.

One of the most eye-catching changes in the proposal was the idea of reducing the Premier League from 20 teams to just 18.

Both the Community Shield and Carabao Cup would also be scrapped, but there was also fears that those clubs at the top of English football would have even more power than they do now.

The nine longest-serving clubs in the league would have been given preferential votes with only six of them needing to agree in order to make a decision.

Parts of the proposal were praised, including an immediate payment of £250million to help EFL clubs in financial crisis. 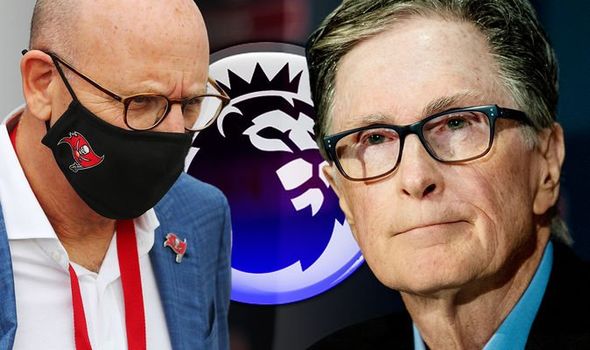 But after holding a meeting with all 20 Premier League clubs on 20, the plans have beens scrapped entirely.

The statement read: “All 20 Premier League clubs today unanimously agreed that “Project Big Picture” will not be endorsed or pursued by the Premier League, or The FA.

“Further, Premier League Shareholders agreed to work together as a 20-club collective on a strategic plan for the future structures and financing of English football, consulting with all stakeholders to ensure a vibrant, competitive and sustainable football pyramid.

“Clubs will work collaboratively, in an open and transparent process, focusing on competition structure, calendar, governance and financial sustainability.

“This project has the full support of The FA and will include engagement with all relevant stakeholders including fans, Government and, of course, the EFL.

“Also at today’s meeting it was agreed to make available a rescue package which aims to ensure that League One and League Two clubs will not go out of business as a result of the financial impact of COVID-19 and be able to complete the 2020/21 season.

“League One and League Two clubs rely more heavily on matchday revenue and have fewer resources at their disposal than Championship or Premier League clubs and are therefore more at risk, especially at a time when fans are excluded from attending matches.

“This offer will consist of grants and interest-free loans totalling a further £50million on top of the £27.2million solidarity payments already advanced to League One and League Two this year, making a total of £77.2million.

“Football is not the same without attending fans and the football economy is unsustainable without them. The Premier League and all our clubs remain committed to the safe return of fans as soon as possible.”

MARTIN SAMUEL: Rashford is not motivated by gongs but generosity
We and our partners use cookies on this site to improve our service, perform analytics, personalize advertising, measure advertising performance, and remember website preferences.Ok