Manchester United boss Ole Gunnar Solskjaer has been backed to be the key reason why Jadon Sancho will complete a transfer from Borussia Dortmund this summer. That is the view for former Red Devils midfielder Owen Hargreaves.

United are currently fifth in the Premier League and are just three points off fourth-placed Chelsea. However, the Red Devils were on an 11-game undefeated streak when football was suspended.

Solskjaer has backed himself in building a youthful side, with the likes of Marcus Rashford, Anthony Martial, Mason Greenwood, Daniel James, Arron Wan-Bissaka and Scott McTominay.

And Hargreaves, who won a Premier League title and the Champions League during his time at Old Trafford, believes Sancho will want to be part of this project.

“Often you see a lot of teams sign players and sometimes you think ‘that’s not a good fit’,” the BT Sport pundit said. 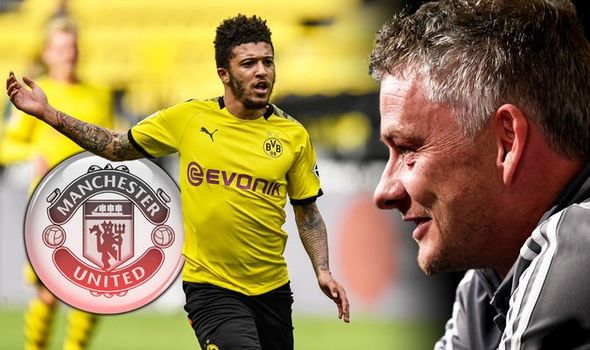 “For Jadon, he will know his own game and he has to find whats the best fit obviously. United have an exceptionally good group of young players coming through and I think any young player would want to be the part of that.

“Liverpool and City have gone away from everyone else but United would still be a team to join. Also, he knows Manchester well because growing up he was at City.

“Things go in cycles and United will come back. Recruiting a guy like Jadon would help but it’s more about Jadon finding what fits for him.”

Sancho made an 11-minute appearance off the bench as Dortmund beat Schalke 4-0 on Saturday as the Bundesliga resumed playing matches.

The England international is having a great season for Dortmund and so far this season he has scored 17 goals and has provided 19 assists in 36 appearances in all competitions.

However, he is under contract with Dortmund until 2022 and the German club are seeking a fee of around £100million to consider selling him.

And while Hargreaves thinks this is a lot of money, given the state of the current market, he thinks United will be looking at the player as a long-term investment. 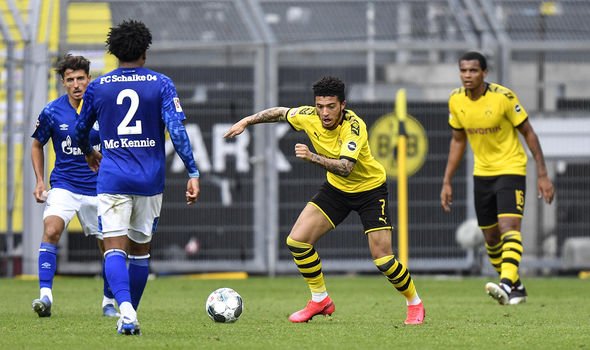 “I know he’s going to cost a lot of money but you have a player potentially for the next decade who is one of the most unique players to watch,” the former Bayern Munich midfielder added.

“Football has become so structured and technical but he is a kid like who can bring his own style into the game and play with such creativity – it’s so hard to anticipate what he’s going to do.

“Normally when you watch games you know what is going to happen. With Jadon, he does things off the cuff almost like Neymar and in a way that’s quite priceless because he can make things happen.

“When teams sit deep and there’s no space, Jadon finds space. So whoever gets him will be quite fortunate.”