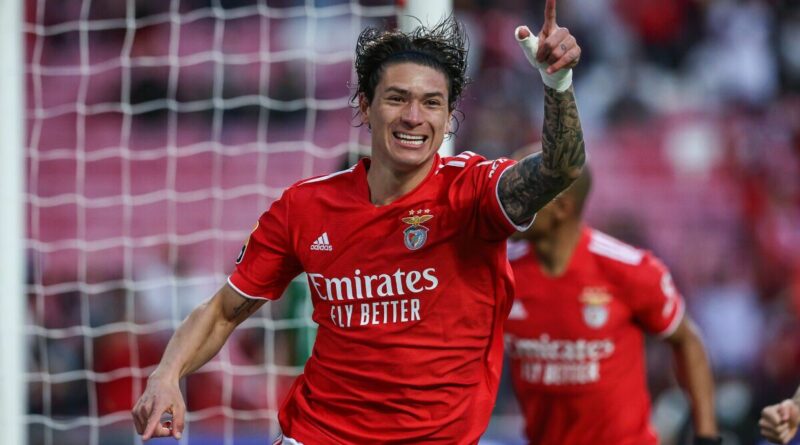 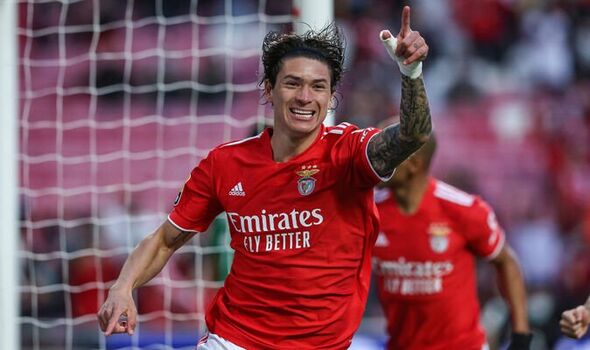 Manchester United will not enter a bidding war to try and hijack Darwin Nunez’s proposed move to Liverpool, it has been claimed. The Uruguayan is the subject of interest from both United and Liverpool but it is the Reds who look the likeliest suitors for the striker. They are in talks with Benfica over a deal and personal terms are already believed to have been verbally agreed with Nunez.

Nunez shot to prominence last season with a 34-goal season for Benfica, who reached the Champions League quarter-finals before being eliminated by Liverpool. Still only 22, the towering attacker has established himself as one of Europe’s most exciting up-and-coming centre-forwards.

Jurgen Klopp is braced to lose Sadio Mane to Bayern Munich and Liverpool are ready to pay a club-record package to Benfica to sign Nunez, who has also been tracked by United. It was claimed they could launch a late bid to sign him, potentially by outbidding Liverpool. It was said earlier this week United officials were to hold a meeting with Nunez’s agent Jorge Mendes to gauge whether a late hijack would be entertained.

But Goal report while the Red Devils would love to sign Nunez, having been in regular contact with his representatives for some time, they are not willing to get involved in a tug of war with arch-rivals Liverpool. It is understood that the forward has his heart set on a switch to Merseyside.

United believe even if they submit a higher bid, they could still miss out. That’s with Klopp having made Nunez his top priority as he tries to refresh his forward line with a signing from Portugal once more, having only signed Luis Diaz from Porto in January.

Erik ten Hag is still eager to sign a new striker in the coming months but Nunez will not be that player it seems. As for now, they are very much focused on bringing in midfield recruits with Barcelona’s Frenkie de Jong the No 1 target.

Talks with Barca are ongoing and it appears increasingly possible the Dutchman could move to Old Trafford despite previously going public with his wish to stay in Spain. The La Liga heavyweights may reluctantly sell the ex-Ajax midfielder, who played under Ten Hag in Amsterdam, to raise money.

United have yet to submit an official bid and the club also do not want to be drawn into overpaying for De Jong, even though he is seen as a perfect player for Ten Hag’s style. The Netherlands international will cost at least the £65m Barca paid to sign him from Ajax in 2019.

The Red Devils have alternative options and are ready to give up on De Jong if they can’t do a deal at the fee they want to pay, say BBC Sport. Declan Rice of West Ham and Leeds’ Kalvin Phillips could be Plan Bs though they would be expensive.

Ten Hag is looking to make five signings this summer and Jurrien Timber, the Ajax defender who flourished under his coaching last term, could be another of them. Dutchman Timber, 20, is a centre-back who can also operate at right-back.