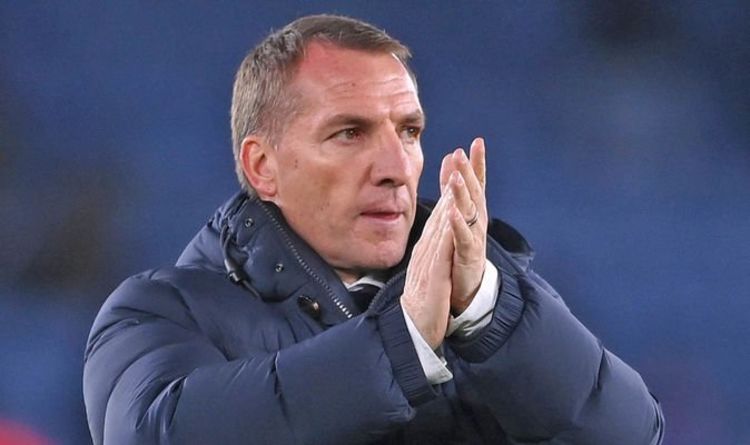 Man U manager Solskjaer speaks ahead of Man City match

Manchester United’s board are concerned about the difficulty of prising Brendan Rodgers away from Leicester, reports claim. The Red Devils have endured a tough season under Ole Gunnar Solskjaer so far. But, despite that, the Glazers are reluctant to sack the Norwegian at the current moment in time.

United went into the season with high hopes after signing Jadon Sancho and Raphael Varane, before sealing the Hollywood homecoming of Cristiano Ronaldo.

But, so far, it’s fair to say their campaign has been a major disappointment.

United have amassed just 17 points from their first 11 matches, losing to Liverpool and Manchester City – amongst others – in the process.

They’re already effectively out of the title race, with Chelsea nine points ahead of the Red Devils at the top of the table.

And with United struggling, Solskjaer’s position is far from safe.

Despite this, the club remains reluctant to wield the axe at the current moment in time.

And ESPN say that, when it comes to bringing Rodgers to Old Trafford, United’s hierarchy are wary.

It’s said they’re mindful of how difficult it will be to lure the Northern-Irishman to the club, especially at this stage of the season.

United have previously dealt with the Foxes when it comes to signing Harry Maguire, who moved in 2019.

They had hoped to land the England international the previous summer, under Jose Mourinho, only to be priced out of a deal.

And when it became clear Leicester weren’t bluffing on their demands, the Glazers forked out £80million to bring Maguire to the club.

Signing a player was hard enough.

And bringing Rodgers to the club will be even more tricky, especially given the job he’s done at Leicester so far.

The Foxes have narrowly missed out on Champions League football over the past two years.

But Rodgers has brought silverware to the King Power Stadium in the forms of the FA Cup and Community Shield.

And whether United go after him, and sack Solskjaer, ultimately remains to be seen.

Rodgers has previously played down speculation linking him with a move to Old Trafford, saying recently: “I don’t even think about it – and that’s the brutal honesty.

Solskjaer has still insisted he’s the right man for the United job, saying after their 2-0 defeat to City on Saturday: “I have good communication with the club.

“I want the best for United and as long as I’m here I want to do everything I can to improve this.”

And he added: “At the moment we are (far off top teams) we need to get back to where we were at the end of last season.

“We’ve been through this a few times and since the last home game it’s been a very difficult period.

“Systems or style we need to be on the front foot more. I can’t look at myself and say this is how I want United to be.”