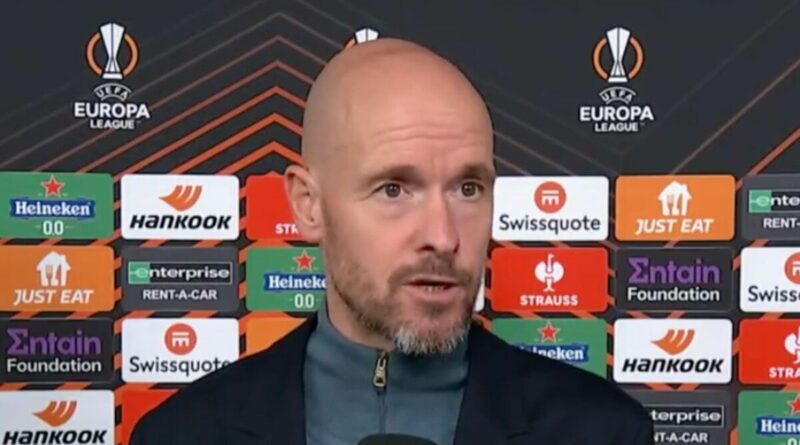 Inside Man Utd's preparations for Real Sociedad away day

Manchester United manager Erik ten Hag has issued a desperate plea for backing in the January transfer window after Thursday’s 1-0 Europa League win at Real Sociedad. The Red Devils’ lack of firepower prevented them from topping Group E, despite the victory, and Ten Hag has called for more attacking options.

Ten Hag took his team to San Sebastian, knowing they had to defeat La Real by two clear goals to leapfrog them into top spot and avoid the daunting play-off round in February. But despite Alejandro Garnacho firing the visitors ahead of 17 minutes, United failed to have another shot on target for the entire game.

Antony and Anthony Martial were ruled out through injury, while Jadon Sancho was ill, leaving Ten Hag’s options scarce. United’s lack of a focal point led to the Dutchman hauling centre-back Harry Maguire onto the pitch to partner Cristiano Ronaldo for the final 10 minutes.

They must now await Monday’s play-off round draw, in which UEFA could pit them against Ajax, Barcelona, Bayer Leverkusen, Sporting CP, RB Salzburg, Juventus Shakhtar Donetsk or Sevilla. And after full-time, a dejected Ten Hag made his need for more attacking firepower clear.

JUST IN: Jamie Carragher responds to Van Dijk’s jibe after joke with Neville

When asked about whether Garnacho had given him a ‘nice selection headache’ after his performance and first United goal, Ten Hag told BT Sport: “We need options. We have problems there [with injuries]. Antony is not available, Anthony Martial is not available, Jadon Sancho is not available. So it’s thin.”

United are expected to prioritise an attacking signing next summer once Cristiano Ronaldo’s contract expires, specifically a striker. However, the toothless attack on show on Thursday, in which Ronaldo was the only senior forward starting, could intensify Ten Hag’s desire to bolster his ranks earlier in January if the right option becomes available.

Despite the blatant worries about his attacking depth, Ten Hag reserved special praise for Garnacho after the 18-year-old’s latest show-stealing display. “I’m really happy with his performance and I hope he can keep the process going,” Ten Hag added. 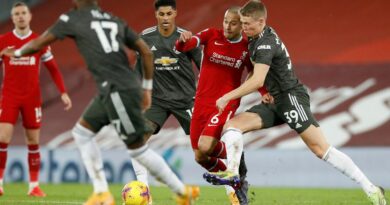 Man Utd vs Liverpool: When can the rearranged game be played? 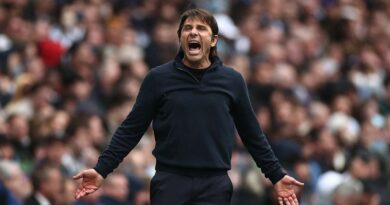