November has been the cruellest month for managers with no fewer than three joining Xisco Munoz and Steve Bruce on the Premier League scrap heap. And yet somehow Ole Gunnar Solskjaer survives? Fiery-faced Express reporter Matthew Dunn is jumping up and down on the touchline pointing at his watch.

THEY said nobody would ever be given as long again as Sir Alex Ferguson to establish himself in a role but Ole Gunnar Solskjaer is living the same charmed life.

That famous Mark Robins moment in 1990 that arguably kept Fergie in a job after three years in which he had managed a second-place finish but won no silverware – sound familiar – came in match no, 151.

The drab 2-0 capitulation for Solskjaer was match no. 167.

Robins’ goal kept United in the Cup against Nottingham Forest – a trophy they won four months later. The rest is beyond history – it’s tantamount to mythology.

Every performance now, on the other hand, suggests that Solskjaer is fast becoming a myth, not the hit United so desperately need.

OWNERS seemed to be falling over themselves to add the firing to the fireworks this weekend with Daniel Farke and Dean Smith the two stuffed figures to get burned.

Two loyal, honest men whose shabby departures – the first being made to go through the charade of a post-match press conference at Brentford despite a decision having been made before kick-off – underline the fact that football will always be a results business.

For both Norwich and Villa, for all the good will their playing styles attracted, those results were simply not good enough and the money-men were scared into action by the looming threat of the drop.

Bookies now suggest that could pave the way for Frank Lampard and Steven Gerrard to take the reins – but can you fit both into the same relegation battle?

TWO things to take away from West Ham’s well-deserved win – 1) West Ham are a very different club from the last time they beat Liverpool in the league in 2016.

However, 2) West Ham are a very different club from the previous time they beat Liverpool in the league in 2016.

That success nearly six years ago came thanks to Liverpool wilting in the infamous Upton Park atmosphere in the face of the chaotic ‘Beserker’ ambush Slaven Bilic laid for them in their crumbling old stadium.

Now they sit above Liverpool playing in a competitive yet tidy style in front of what is soon to become the biggest Premier League stadium in the capital. And on Sunday, nobody was questioning the atmosphere.

So a rare shout out for Karren Brady, David Sullivan, David Gold and their team who always said the London Stadium could be a ‘proper’ football stadium.

Despite the architectural hurdles, nobody can doubt it is an appropriate home for a top, top team to strut their stuff and challenge the best. And right now, West Ham are looking like one of those.

KANU GIVE US THE BALL BACK?

IN February 1999, when Nwankwo Kanu intercepted Ray Parlour’s attempt to throw the ball back to the Sheffield United goalkeeper after a stoppage and set up the winning goal for Arsenal, Arsene Wenger immediately offered a replay.

Fast forward to 2021, and Mikel Arteta is taking the points.

Referees need to take a more consistent grip on the management of injuries but Claudio Ranieri and Watford should have had every expectation of getting the ball back when they clearly put it out of play.

Arteta, right now, is making a decent fist of turning his team into winners like Wenger’s Arsenal. But they also seem to have lost something too… 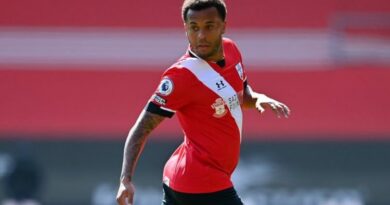 Leicester vs Everton, LIVE: Follow all the action from the King Power