Donny van de Beek’s performance against West Ham in the surprise 1-0 Carabao Cup defeat on Wednesday night certainly divided opinion as the Dutchman was handed a rare chance to play 90 minutes for the Red Devils in front of a packed Old Trafford. Generally, the majority of United’s fan base seem to agree he was one of the club’s best performers on the night, while others would beg to differ…

While it’s perhaps harsh to be overly critical of Van de Beek’s performance given his lack of playing time since his £34million arrival, this was certainly no display that will shake up Ole Gunnar Solskjaer’s future selections.

Most are in agreement that Van de Beek deserves an extensive run in the side ahead of Fred and the chance to build some momentum but still, it feels like a square peg, round hole.

Van de Beek is an adventurous, creative, attacking midfielder who thrives as a No 8 or No 10, picking up the ball and creating chances for his side.

That is what he did at Ajax where he was considered a real midfield force who had the ability to dominate games even at the highest level, most notably in the Champions League knockout stages.

At United, Van de Beek looks understandably short of confidence and scared to make a mistake in fear that he’ll be hooked, as he has been on several of his other starts for the club.

Instead, Solskjaer is asking him to play a more defensive role that involves distributing the ball from deep. That has never been his game.

There’s no doubt that at his best, Van de Beek has the technical quality and capability to do just that but right now, Solskjaer is trying to make him become a player he is not.

Sadly, the brutal reality is that United are not a good fit for Van de Beek and he is unlikely to prove a success all the while Bruno Fernandes is at the club.

Fernandes didn’t start last night but this team is shaped around his qualities and it’s clear Van de Beek thrives when operating in similar spaces to the Portuguese international.

The 24-year-old has never been a tough-tackling midfielder, nor has he been used to getting on the ball so deep, so far away from goal.

Van de Beek has always loved to affect the game in the final third, scoring goals, creating them and making late surges into the box.

Under Solskjaer, he’s having to play on a leash and that is when he does get a rare chance to shine.

We can expect him to return to the bench on Saturday for the Premier League clash with Aston Villa, once again halting his momentum.

With Scott McTominay absent and Fred a doubt after he was blocked from joining up with the Brazil national team, Newcastle seemed the perfect chance to give Van de Beek the minutes he was promised.

Instead, Paul Pogba and Nemanja Matic were partnered together in a rare throwback Jose Mourinho midfield.

Van de Beek had the chance to join Everton on loan on deadline day but Solskjaer personally intervened to block the move, telling the player he would get his chance.

Yet if his so-called chance is going to be the odd start in defensive midfield, Van de Beek can be forgiven should he wish to explore his options elsewhere.

He’s being set up to fail by his manager and deserves the chance to play somewhere where he can be of huge value, just as he was at Ajax… 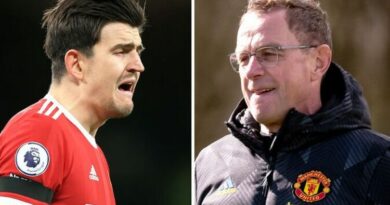 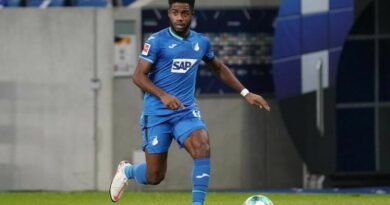