Ole Gunnar Solskjaer is determined to lift the Europa League trophy at the end of a competition that has provided the “perfect” platform for Manchester United’s development.

Solskjaer is determined to win the competition and lift his first trophy as United manager – but the club’s third-placed Premier League finish and subsequent Champions League qualification has eased the pressure ahead of their quarter-final clash with FC Copenhagen.

While every season away from European football’s top table is a gut punch for the Old Trafford giants, Solskjaer believes this Europa League campaign has aided his side’s development.

“We went into this season knowing that Europa League is a great chance for us one to get a trophy, to get far in a tournament,” he said ahead of United’s one-legged last-eight tie in Cologne.

“But also to groom a few of the youngsters and it was perfect for us.

“I think if we’d been in the Champions League this season – of course we all want to be the Champions League – I probably or maybe wouldn’t have had the chance to play the likes of Brandon (Williams) as much as we have, Mason (Greenwood) – so many of the young kids who have now started what’s going to be fantastic careers.

“The Europa League has also been about that as well. It’s about keeping the squad together, have a group that is working together and giving people chances. “When they take them – Brandon is going to play in a quarter-final in the Europa League. It’s a great achievement for him this season and it’s a perfect for us.”

After trips to Holland, Serbia, Kazakhstan, Belgium and Austria, United are now in Germany searching for continental silverware in a new-look final-eight tournament.

As a result of the coronavirus pandemic, empty stadiums will play host to single-leg ties in a frantic period in North Rhine-Westphalia, where United kick off the mini-tournament with a quarter-final against FC Copenhagen in Cologne on Monday evening.

The United squad will have to stay in a bubble with Solskjaer hoping they can go all the way to the final on August 21.

“I think it is strange and it is not football as it should be – I think it’s changed a little bit,” said the United boss. 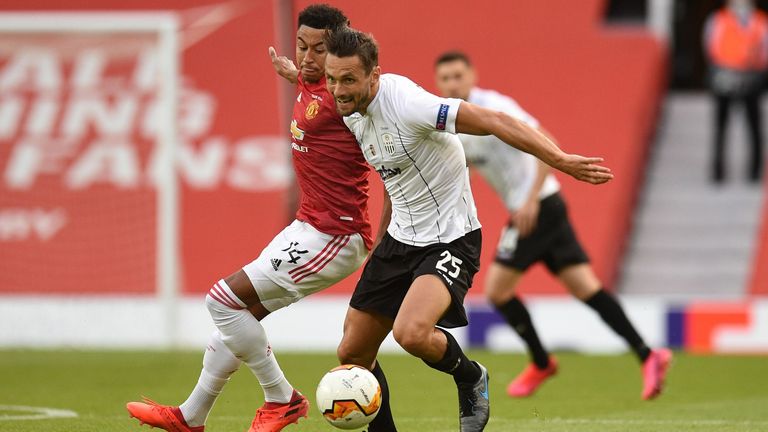 “That little bit of passion and edge to the game is missing because the fans have got to be there. But I have to commend our players. They’ve handled the situation really well and I know our fans can’t wait to get back to Old Trafford and support us.

“We’ll just have to try to make the most of this Europa League now and hopefully get as far as we can, so they are looking forward even more to seeing the players.”

Solskjaer has goalkeeping ‘decision to make’

Solskjaer has a decision to make on Monday night when it comes to goalkeeper, with Sergio Romero tending to play in this competition instead of first choice David De Gea.

Longer term, there is another headache to deal with given how Dean Henderson has shone on loan at Sheffield United.

“That’s an obvious question because I think I must be the most privileged manager in the world with the goalkeeping department,” Solskjaer said.

“We’ve got Sergio, David and we’ve got Dean Henderson as well coming back, so you’ve got three top, top keepers.

“This season has shown again how important Sergio has been for us and, for me, also David’s been always performing there.

“So, we’ll see what we do for the rest of the season and going forward. Difficult, yeah, of course it is. But that’s a nice problem to have.”

“But it will be difficult obviously to keep three of them at the club so we’ll see what the decision will be there.” 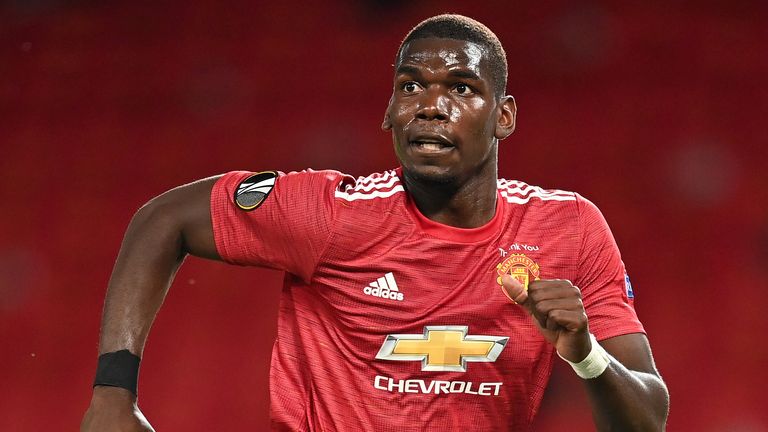 Another positive is the happiness of Paul Pogba, who on this day in 2016 returned to Old Trafford from Juventus in a then world-record deal.

“I’ve answered numerous questions on Paul,” Solskjaer said. “We’re delighted he’s back playing, he’s fit, he’s enjoying his football. Of course, he’s got to make up for lost time and he is trying to do that.

“He is training extra. He’s always a great personality in and around the place, and hopefully we can see him lift this trophy that he’s done before.

“He’s professional, he’s a fantastic boy and I’m delighted that we’ve got him in the team.”

FC Copenhagen need luck and ‘will give everything’ This is Copenhagen’s first European quarter-final but Solbakken knows a thing or two about shocking United, having led the side to victory against them in a Champions League fixture nearly 14 years ago.

“We need a bit of luck. We maybe need a United that doesn’t fire on all cylinders. We need to be perfect defensively. We need to take that one or two or three chances we get during a game like this.

“The chances are not great but it’s an advantage for us that it’s over 90 minutes and not 180 minutes. We have a good feeling. After the season, we managed to get a week break and when the players returned from that we have managed to get a couple of players able to play who have been vital to us before.

“We have a good feeling after the 3-0 victory (against Istanbul Basaksehir) but you shouldn’t put your house on us tomorrow. But we will give everything.” 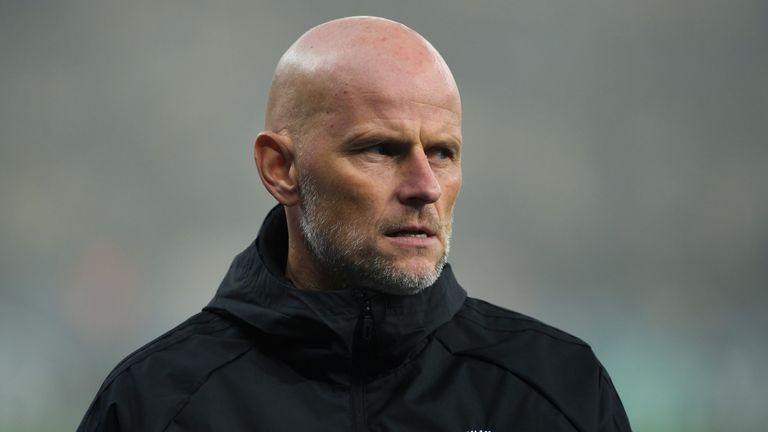 Solskjaer was in the starting line-up for that defeat in the Danish capital – the striker’s last season before retiring and moving into coaching.

The 47-year-old spent time shadowing Solbakken in 2011 at Copenhagen, who the United boss was linked to after his compatriot spent stints at the helm of Cologne, where this match is being held, and Wolves before returning to Denmark.

“We are friends from the national team in the 90s, where Norway was the second-best team in the world,” said Solbakken, who has former United full-back Guillermo Varela in his squad. 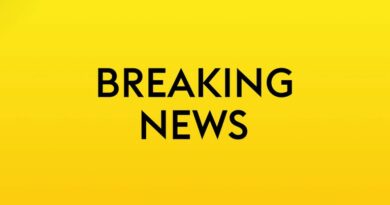 Away goals rule abolished for UEFA competitions from 2021-22 season