Ole Gunnar Solskjaer reportedly held a telephone conversation with Victor Osimhen about the prospect of signing for Manchester United. The striker was hot property this summer following an outstanding debut season in Ligue 1 with Lille following his switch from Belgian side Charleroi in 2019.

Osimhen was unveiled as a Napoli yesterday following a £45million deal which has rumbled on for weeks.

The Nigerian international met with Gennaro Gattuso, who was even willing to take a pay-cut to sign the striker.

The deal was eventually over the line yesterday when Osimhen expressed his delight at joining the Serie A club.

He spoke with Kalidou Koulibaly before making his final decision to develop an understanding of Italy’s problem tackling racism. 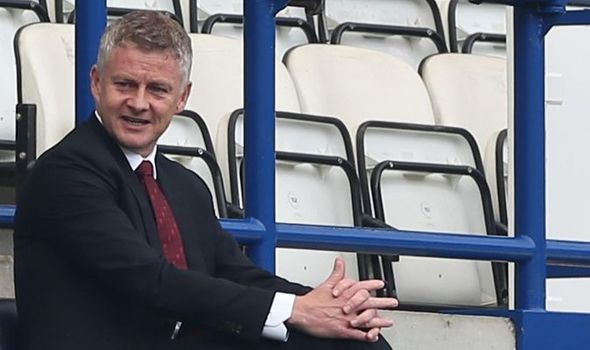 But Koulibaly reassured his fellow African that he would be welcomed with open arms by Neapolitans and now he has vowed to follow in the footsteps of Edinson Cavani at the San Paolo.

According to French outlet L’Equipe, Osimhen held conversations with both Ole Gunnar Solskjaer and Jurgen Klopp.

The Manchester United manager is on the lookout for a new forward and was keen to talk with the forward.

Osimhen changed his agent shortly after finding an initial agreement with Napoli.

It was something that nearly put the deal in jeopardy with his new agent keen to seal his client a move to the Premier League.

That’s where he contacted Manchester United and Liverpool but ultimately Osimhen was set on joining Napoli.

United remain focused on landing Jadon Sancho and the revival of Anthony Martial since lockdown has reduced their need for a striker.

Head of Nigerian football Amaju Pinnick believes Osimhen has made a great choice joining Napoli, a club with an illustrious and iconic history. 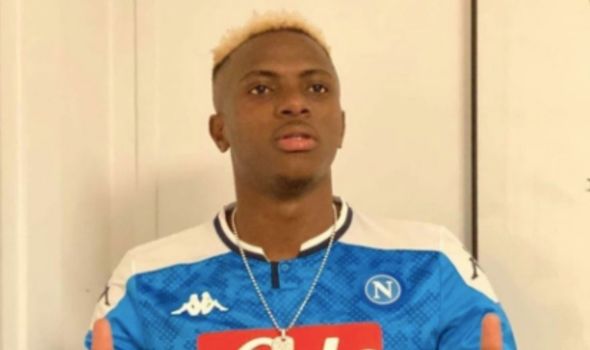 “I think Victor Osimhen is an excellent signing for Napoli. I’ve followed them from when they had Maradona. Naples is a proud city and also in football terms,” he told Radio Kiss Kiss.

“Osimhen is a source of pride for African football. He’s someone who is disciplined but focused on objectives, and if he wants something, he knows how to get it. He made the right decision for his career. I already believe he’ll receive the right support from the club and its fans.

“Napoli are the right club for him to achieve important results, and Osimhen will always give his best. I’ll say it now: Victor will do everything possible to match and even break the records set by a legend like Maradona.

“I talked to Victor just a few minutes ago, he’s very excited about his new experience and new club. Napoli is a big name in world football. It’ll be a new challenge for him and he told me: ‘President, I’ll make Naples proud’.

“If he gets the right support, I guarantee he’ll stick to his word and make you all proud. Believe in him and he’ll help the team achieve their objectives. I’ll come to Naples next season to watch some of their games. Osimhen is young and could stay at Napoli for a long time.”

PSG, Man City and the most financially powerful clubs in world football

‘It’s not the same Mark Hunt, and I’ll prove that’ – Gallen

Three things to watch for in Baltimore Ravens-Pittsburgh Steelers

Youngsters Kelleher, Jones both 8/10 as Liverpool reach UCL’s last 16
We and our partners use cookies on this site to improve our service, perform analytics, personalize advertising, measure advertising performance, and remember website preferences.Ok