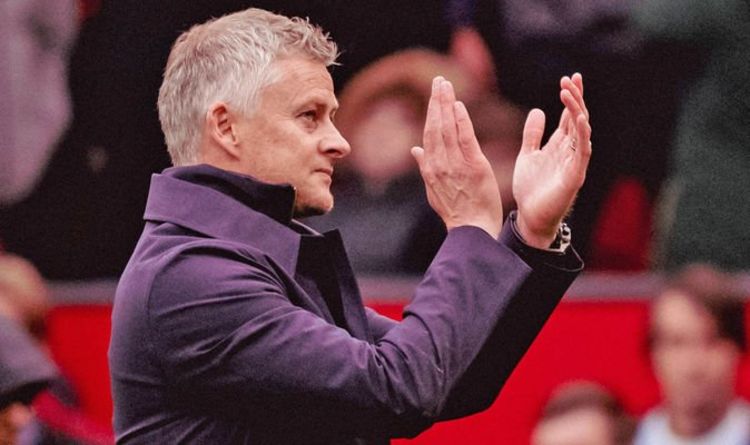 Manchester United boss Ole Gunnar Solskjaer has come out fighting after his side’s 1-1 draw with Everton. This time, there’s no real sense the Red Devils will sack the Norwegian. And that’s in stark contrast to the last time they failed to get a result against the Toffees.

Manchester United decided to leave Cristiano Ronaldo on the bench against Everton on Saturday.

But the Red Devils were made to regret that decision, even if Solskjaer insisted he’d do it again in the aftermath of the contest.

Anthony Martial struck for United against Rafa Benitez’s side, with the France forward opening his account for the season in the process.

But Andros Townsend equalised in the second half to earn the visitors a point.

Some United fans have now called on Solskjaer to go, with the Red Devils failing to win four of their last six matches across all competitions.

Yet that isn’t going to be happening.

At the current moment in time, Solskjaer feels confident. He believes he’s got what it takes to turn this situation around, saying: “I’m very confident that we will get the best out of this squad.

“A lot has happened this month and we’ve had Raphael [Varane] and Jadon [Sancho] with us since August, and Cristiano [Ronaldo] since September.

“We’ve got loads to work on and we need to improve, we know that and I know that, but I do believe in this group of players and the coaching staff that I’ve got. So, the short answer is yes.

“The proof is in the pudding, we need results and you have to turn up.

“You can’t say ‘we did well against City and Tottenham last year’, we have to do it during the 90 minutes, whoever plays.

“That’s the challenge, because every game in the Champions League and Premier League is a big game against a good team and every game as Manchester United is a potential banana skin, as we’re expected to win every one.”

And that’s not always been the case.

Before United met Everton in November last year, the Daily Mail revealed some worrying behaviour from the Norwegian.

It was stated at the time that Solskjaer had become withdrawn, as talk of the sack gathered momentum.

It was claimed he was spending more time with his inner circle as they looked for a way to turn things around.

And it was also reported that Mike Phelan, his assistant, had an ‘air of resignation’ about him on the training ground.

There’s no signs of the same happening this time around, however.

Solskjaer’s comments give off the air of a man confident in his own ability, and confident things will soon improve.

And Ed Woodward stated last month that United were convinced the 48-year-old was the right man for the job.

“We significantly strengthened the squad over the summer, with the addition of Cristiano Ronaldo, Raphael Varane, Jadon Sancho and Tom Heaton,” he said.

“These signings have demonstrated our continued ability to attract some of the world’s best footballers to Old Trafford, and our firm commitment to helping Ole deliver success on the pitch.

“While squad-building is a constant process, we are more confident than ever that we are on the right track.

“This was made possible by the strength of our operating model, with sustained investment in the team underpinned by robust commercial revenues.

“We have been clear in our strategy to build a squad with a blend of top-class recruits and homegrown talent, comprising a balance of youth and experience, with the aim of winning trophies and playing attacking football the Manchester United way.

“Everyone associated with Manchester United can be proud of the resilience we have shown through the challenges created by the pandemic and we look forward to the rest of the season and beyond with great optimism.”