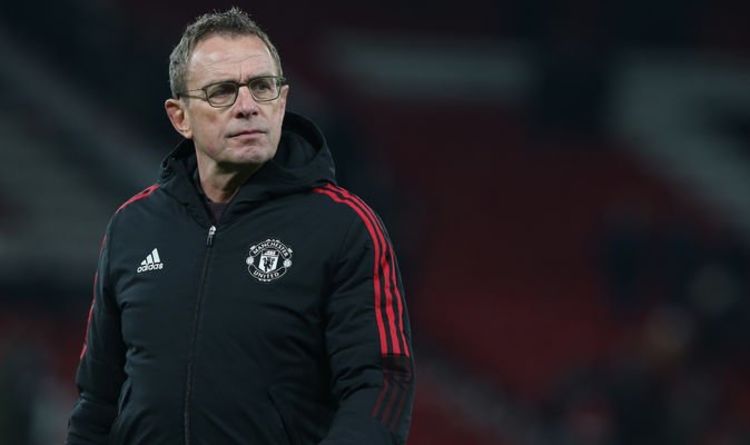 Manchester United interim boss Ralf Rangnick will allow talented winger Amad to leave Old Trafford on loan this month – but whoever signs him must be prepared to guarantee him gametime in a competitive league. United shelled out an initial £19million to sign the teenager from Atalanta after finalising details last January. And that figure could potentially rise to £37m.

Amad was tipped as a wonderkid following his arrival at Old Trafford but has been restricted to just nine appearances for United.

He made his Red Devils debut in the Europa League as a substitute against Real Sociedad last February after coming on to replace Mason Greenwood.

And he scored his only United goal to date less than a month later as he found the back of the net against AC Milan in the same competition.

But he then opted to miss United’s pre-season campaign last summer so he could represent Ivory Coast at the Olympic Games in Tokyo.

JUST IN: Man Utd need to sit down with four players as Rashford talks planned

He appeared in all four of his country’s matches as they were knocked out by eventual finalists Spain in the quarter-finals.

After returning to England, Amad appeared set for a loan spell with Dutch side Feyenoord.

But the youngster subsequently suffered a thigh injury and was forced to endure a lengthy spell on the sidelines.

He returned to training in October but has only managed one further appearance for the 13-times Premier League champions.

That came in his side’s final Champions League group game, with United having already booked their place in the knockout stages.

On that occasion, the teenager played 68 minutes as his side drew 1-1 with Young Boys.

A whole host of clubs are apparently interested in taking Amad on loan this month.

According to Manchester Evening News, United are keen for the youngster to gain valuable match experience.

But they will only sanction a move to a club who will play him regularly.

Amad has been linked with a move to Wayne Rooney’s Derby County. The former United striker is said to be working hard to thrash out a deal for him.

But Derby face a battle with other Championship clubs as well as Feyenoord, who are still keen to take him to the Netherlands.

Meanwhile, Borussia Dortmund are also reportedly lining up a loan move for the player and could make a move for him before the end of the month.