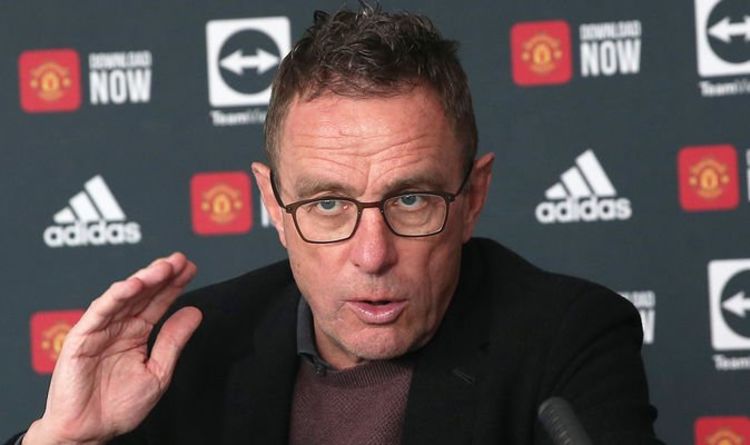 Manchester United interim boss Ralf Rangnick has been urged to sell Anthony Martial as quickly as possible. Martial’s agent claimed last week that the player wants to leave in January. The Frenchman has made just two starts in the Premier League so far this season.

Martial fell out of favour under previous boss Ole Gunnar Solskjaer and the early signs are that he is not set to be a firm fixture under Rangnick.

United had high hopes for the forward following his arrival from Monaco in 2015.

But his Old Trafford career has stalled considerably in the last 12 months or so.

“Anthony wishes to leave the club in January,” Lamboley said.

“He just needs to play. He doesn’t want to stay in January and I will speak to the club soon.”

And former Crystal Palace chairman Simon Jordan believes United should move Martial on as quickly as they can.

Jordan says Martial is the type of player who could get Rangnick the sack if he remains as a part of his squad.

“Get the cab ready and put Martial in it as quickly as you possibly can and you’ve got an opportunity,” Jordan said on talkSPORT.

“Because I think Martial is one of those players that gets you the sack.

“I think he is the archetypal Manchester United player of the last half a decade that, on paper, looks a great player, got all the ability, but when it comes to it has the heart the size of a pea.

“He wants to go, so good riddance if I’m United.”

Rangnick was asked over the weekend about Lamboley’s comments on Martial.

But he insisted he had heard nothing about the player’s desire to leave.

“I don’t communicate with agents via the media and press,” Rangnick said. “The player hasn’t spoken with me or us about it.

“After the final training session before the Crystal Palace game, after having trained with the team, he informed the doctor and the medical department that he would not be available because the pain in his knee is too big. We have to wait and see.

“Maybe he can train again [on Sunday] but I have to speak to the doctor first. To be honest, what his agent says via the media is not of that much interest to me.”