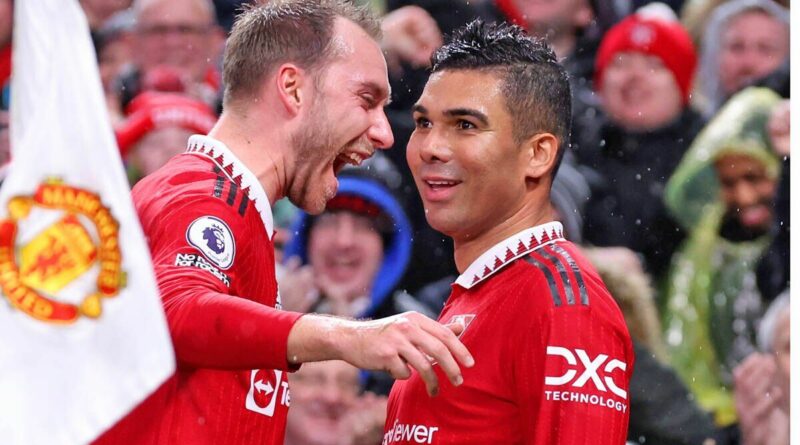 Manchester United continued their charge towards Champions League football with a 3-0 win over Bournemouth on Tuesday night. Casemiro opened the scoring for the Red Devils, with the Brazil international volleying home a free-kick from Christian Eriksen, with Luke Shaw and Marcus Rashford then converting in the second half. Express Sport now takes a look at five things we learned from the contest.

For years, midfield has been a problem position for United.

Bastian Schweinsteiger and Paul Pogba were high-profile duds, Ander Herrera took too long to get going, Nemanja Matic was on the wane, Fred is inconsistent and the less said about Morgan Schneiderlin, the better.

But, in Casemiro and Eriksen, United have a double act that is going from strength to strength in the middle of the park.

The pair are both capable of dictating play, getting stuck in and making things happen. Certainly, they’ve flourished since their arrivals from Real Madrid and Brentford respectively.

United do still intend to strengthen their midfield in the future, amid ongoing links to the likes of Frenkie de Jong and Jude Bellingham.

However, for the time being, they’re certainly in safe hands.

Lisandro Martinez didn’t start for United, with the Argentina international left on the bench following his heroics for his country at the recent World Cup in Qatar.

But it’s clear he’s a popular figure at the club, among both fans and his team-mates alike.

Before kick off, Martinez was given a standing ovation within Old Trafford with his World Cup winners medal around his neck.

United fans rose as one to clap their new hero, who has impressed at the back ever since his arrival from Ajax back in the summer.

And all of his team-mates had smiles on their faces, too. A nice touch given many of them were at the World Cup themselves…

The England international has been forced to watch recent victories over Nottingham Forest and Wolves from the bench, with Luke Shaw picked ahead of him despite being a left-back by trade.

But this was a good night for Maguire, who overcame some shaky moments in the first half to keep Bournemouth at bay.

Now, the onus will be on the 29-year-old to produce these sort of solid performances on a regular basis.

Maguire, for now, is at United to stay. Yet things could change and an exit may be on the cards should he struggle to nail down a starting spot over the course of the campaign.

Eyebrows were raised before the game when it emerged Donny van de Beek would be starting for United.

The Netherlands international has struggled ever since his arrival from Ajax back in 2020, with the playmaker failing to make his mark under Ole Gunnar Solskjaer and Ralf Rangnick.

Van de Beek looked good for United during his time on the pitch, helping them out at both ends of the pitch.

Yet the former Ajax star was then forced to limp out of the contest before half time following a bruising tackle from Marcos Senesi.

Just as Van de Beek was finally starting to show some promise, fate cruelly struck and it’ll be interesting to see when he’ll be available again after the injury blow.

United know they need a No 9 to compensate for the departure of Cristiano Ronaldo last month.

And it’s clear the Glazers need to release the funds for Ten Hag as the Red Devils continue to show signs of improvement.

Yes, on his day, Anthony Martial can be unplayable. But he was toothless against Bournemouth and an upgrade is desperately needed, regardless of how well Rashford is playing at present.

If United had a better striker playing down the middle than Martial, they could feasibly have beaten the Cherries by more.

Ten Hag has shown he deserves further transfer backing but whether the Glazers perform a U-turn, at a time where the club is up for sale, remains to be seen. 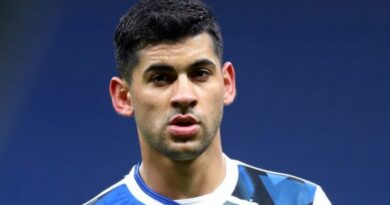 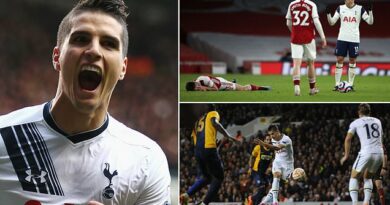 The good, the bad and the ugly of Erik Lamela at Tottenham 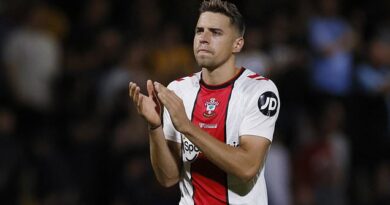