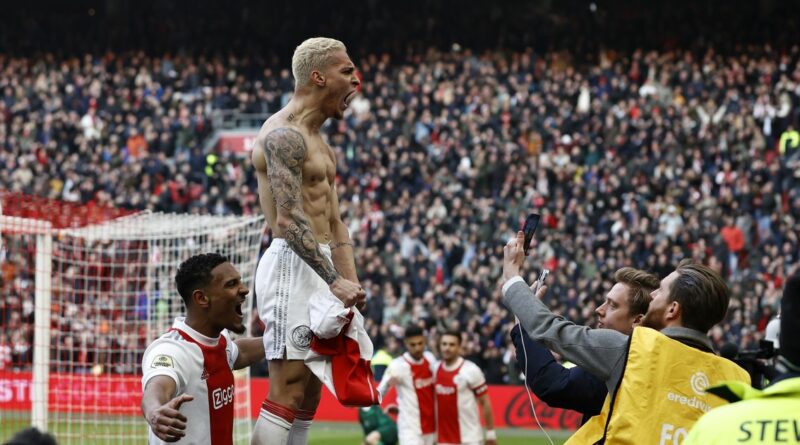 Ajax star Antony appears to have secured himself a big-money transfer to Manchester United, despite putting off Liverpool by behaving “like an idiot”.

Antony picked up 12 goals and eight assists in 33 appearances for Ajax last season to help Erik ten Hag’s side win the Eredivisie title. The right winger’s form caught the attention of scouts from all across Europe – but it seems that his former manager Ten Hag is set to bring him to Old Trafford.

According toThe Sun, United officials have flown to Amsterdam to arrange a £40million transfer which will make the Brazilian the first signing of the Ten Hag era. The Dutchman is a massive fan of the 22-year-old winger, but other clubs might have been put off by his temperament.

Antony was sent off in Ajax’s 3-2 win over rivals Feyenoord back on March 20. After netting the winning goal in the 87th minute, he celebrated wildly by ripping off his shirt and charging to the fans to stand on the advertising hoardings.

He was booked and then managed to pick up a second yellow in the 95th minute to see red. For ex-Netherlands international Rene van der Gijp the incident showed his immaturity – a characteristic which might hinder his summer transfer desires.

“Suppose we are in the stands together as a scout for Manchester City or Liverpool… And we are looking at Antony, what do you think we would say when we come back on Monday?” Van der Gijp said on Vandaag Inside at the time. “We will not take that. You don’t see a Serge Gnabry, Leroy Sane or Mohamed Salah doing this. Then you can say: he is young, but it can also get crazier.”

HAVE YOUR SAY! Should Manchester United be worried by Antony's temperament? Comment below.

Fellow former Netherlands international, Wim Kieft agreed. “He is not that young anymore, because he has been doing this for two years. Such a boy cannot be calmed by a coach, in the end,” Kieft said.

“Ten Hag will of course never say that Antony behaves like an idiot, but he thinks so. In general, this behaviour is addressed in the locker room, then someone says: hey, what are you doing?”

Clearly Ten Hag has not been put off by such antics. As well as six yellow cards and one red, Antony has 22 goals and 20 assists in 78 appearances for Ajax altogether since joining from Sao Paulo. 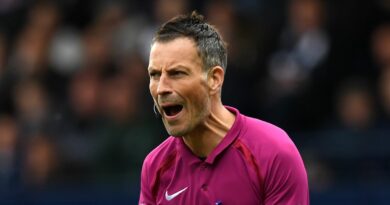