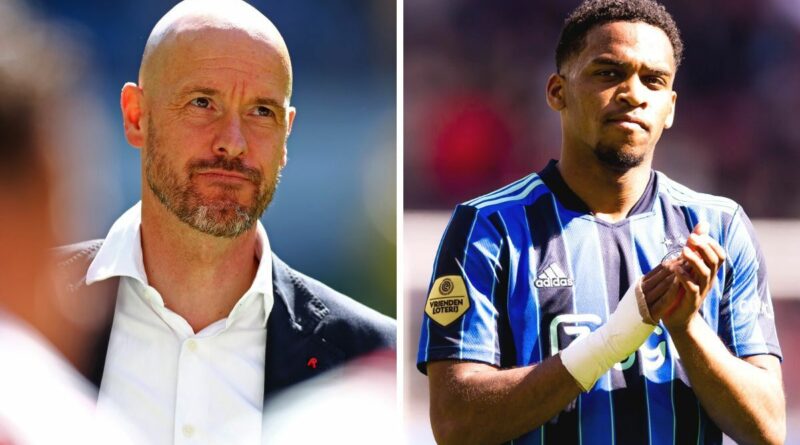 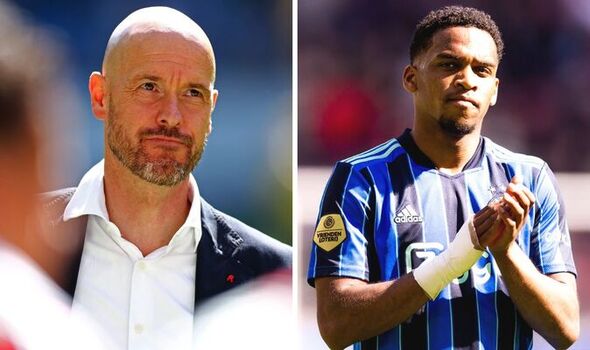 It’s not all doom and gloom for Manchester United if defensive target Jurrien Timber snubs a reunion with Erik ten Hag in favour of a new Ajax deal. The 20-year-old defender does not seem to be totally committed to a transfer this summer as he wants to be playing regularly ahead of Holland’s first World Cup since 2014.

He knows jumping ship and joining United poses a risk given there is no guarantee he will be playing week-in, week-out.

“You can go to a big club. But if you’re not going to play there, it’s better to stay at Ajax,” he told De Telegraaf.

“And Ajax is also a big club. We play football in the Champions League and I play there with the best players from The Netherlands. That’s not nothing.”

Nonetheless, Timber is yet to make his final decision but United can’t afford to wait around – particularly when there are more established options on the table.

Ajax are reportedly quoting £43million for their young defensive diamond but for just £2m more, United could land Pau Torres for Villarreal.

The Spaniard is a player they have monitored closely for well over a year now and Torres continues to pass scouting checks, having helped Villarreal reach the semi-finals of the Champions League.

His side’s failure to qualify for this season’s competition means they will be forced to consider a sale and £45m is the price tag that has been set according to the Spanish media.

At 25, Torres is a reliable, dependable central defender, who has the passing ability to build play from the back.

While Timber’s potential is arguably higher, it would be wrong to put the Dutchman under immediate pressure when it comes to fixing United’s defensive woes.

Instead, Torres – having now played at the top level for several seasons for both club and country – is a signing that does what it says on the tin.

He would be a genuine rival and competitor for Harry Maguire and Raphael Varane that helps drive this United side on to new heights.

Timber would require some patience and while there are no doubts about his talent, he would need to be eased into Ten Hag’s side.

There is also the added pressure from where he played under the new United boss before in Amsterdam and supporters will be expecting him to deliver.

As seen previously with Memphis Depay under Louis van Gaal, sometimes the pressure of joining a club with the stature of Manchester United can be consuming.

That’s why Timber is well within his rights to be hesitant about a move with Ajax undeniably the best place for his development.

Torres has been considered by Manchester City, Chelsea and Tottenham in recent transfer windows and that would suggest he’s more than capable of stepping up to the plate at United.

There are not many centre-backs out there with his qualities, nor many that are left-footed.

It would help provide a refreshing balance to United’s backline given just how many times we have seen Harry Maguire getting his feet in a muddle when he is pressed by the opposition attack.

There is no reason why United could not return for Timber at a later date but for now, there is an element of risk to signing the 20-year-old and Ten Hag has no time to waste if he wishes to close the gap on Manchester City and Liverpool.

Luis Suarez 'could make a sensational return to Ajax'