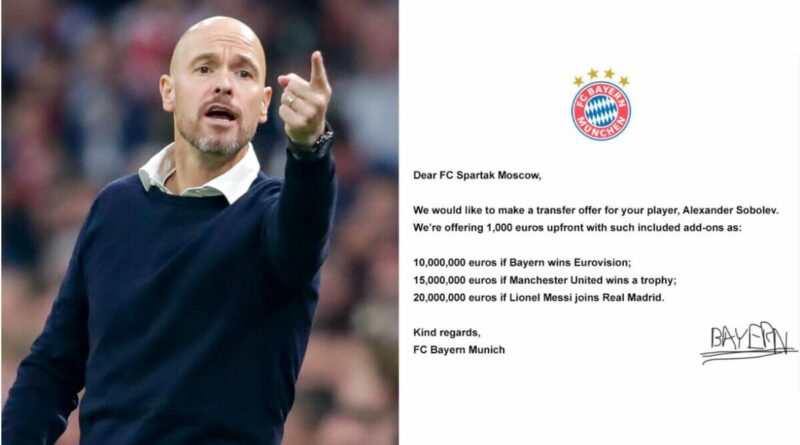 Manchester United have been savaged by Spartak Moscow’s social media account in a post poking fun at Bayern Munich’s failed attempt to sign Sadio Mane from Liverpool. The German club reportedly ‘insulted’ the Reds with their latest offer, which included a host of unrealistic bonus clauses that may have already soured relations.

Bayern’s latest bid of £25million has been slapped down by Liverpool, despite 30-year-old Mane approaching the final year of his contract. The fee would have been boosted by another £5m had certain clauses been triggered, which reportedly include Bayern winning the Champions League and Mane winning the Ballon d’Or.

In response to the unusual offering, which Liverpool supposedly found ‘insulting’, the Twitter account of Russian Premier League side Spartak Moscow have pounced on an opportunity to make light of the situation. And in doing so, they launched an unprovoked attack on Man Utd’s trophy-less streak.

A comedically-forged letter, dressed up to be from Bayern, read: “Dear FC Spartak Moscow, we would like to make a transfer offer for your player, Alexander Sobolev.

Red Devils fans are unlikely to see the funny side of the suggestion that Bayern winning the Eurovision Song Contest is more likely than their club winning a trophy. Their trophy-less run has certainly dragged on, however, having failed to lift silverware since the 2016/17 Europa League under Jose Mourinho.

New boss Erik ten Hag will naturally hope to change that next season, and the Dutchman is attempting to pull strings in the transfer market with the window set to officially open on June 10. United are pushing hard to land Barcelona’s Frenkie de Jong, but even with such a talented midfield recruit it will be a monumental ask to close the gap on Liverpool, who are currently preoccupied with Bayern negotiations.

Despite their latest Mane approach ‘insulting’ figures at Anfield, the Bavarian giants are still expected to fight back with an improved sum. Indeed, star striker Robert Lewandowski has already expressed his desire to leave the Allianz Arena, meaning boss Julian Nagelsmann has a big-name vacancy to fill.

The Reds seem to be preparing for life without Mane already, having reached a personal terms agreement with Benfica for marksman Darwin Nunez. Although nothing is signed and sealed as yet, the Portuguese outfit are unlikely to turn away from a reported package that could reach up to £85.5m.

Liverpool narrowly missed out on a famous Quadruple last season, and Jurgen Klopp will hope that Nunez’s arrival can take them up another level. As for United, any trophy would prevent them from being on the wrong end of similar social media jibes. 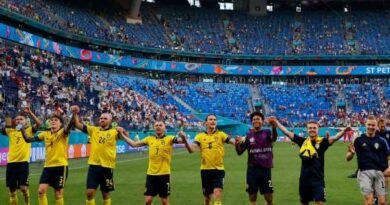 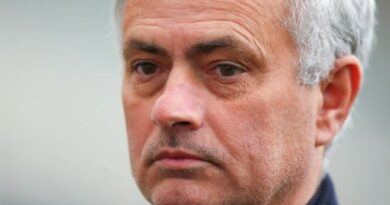