Ole Gunnar Solskjaer has been chasing Jadon Sancho for 12 months – and the Manchester United boss might finally be about to get his man.

Sancho, 21 is set to quit Borussia Dortmund this summer and United are at the front of the queue in the race to sign the England international.

His acquisition would be a significant coup for Solskjaer, who is also in the market for a new centre-half partner for captain Harry Maguire.

Daily Star Sport have news on Sancho’s next move, Jules Kounde’s situation at Sevilla and an update on Paul Pogba’s future at Old Trafford.

Closing in on Sancho

Manchester United are getting close to completing a £75million deal for Dortmund star Sancho.

According to the Daily Mirror, the Red Devils have held further talks with the Bundesliga side and are ‘confident’ of agreeing a deal.

United had a £67m bid rejected for the England international last week, but now it seems only a matter of time before a move happens.

Do you think Jadon Sancho is a good signing for Manchester United? Let us know in the comments section.

Solskjaer has been on the lookout for new centre-half to partner Harry Maguire for some time.

Sevilla star Kounde is one name who has continually cropped up in discussions, but a deal now looks unlikely.

AS report the 22-year-old defender is set to remain with the La Liga side, leaving United to look elsewhere.

According to reports in France, Pogba is close to committing his future to Manchester United.

Rumours have abounded over 28-year-old’s happiness ever since his £89.3m move from Juventus in 2016.

But Le Parisien suggest Pogba now favours staying with the Red Devils after becoming convinced of the club’s direction under Solskjaer.

The Frenchman has 12 months left on his current deal and wouldn’t be drawn an extension proposals before the European Championships.

He said: “I have one year left on my contract, everyone knows that. There have been no concrete proposals for extensions. I'm still in Manchester”.

USMNT has more players at big clubs than ever. Will it translate to World Cup success in 2022? 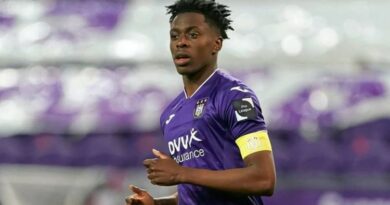