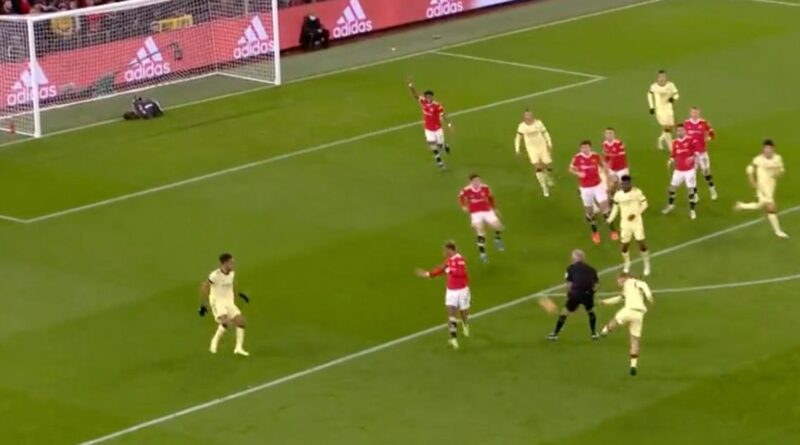 Manchester United fans have been left fuming after Arsenal scored a controversial opener in the early stages of their Premier League clash.

Emile Smith Rowe's driver shot from the edge of the area flew into the back of the net, but David De Gea was left prone on the ground.

Following an Arsenal corner, Fred had landed on De Gea's foot, causing the Spaniard to fall to the ground.

And referee Martin Atkinson didn't blow his whistle until the ball nestled in the net, leaving him with no option to allow the goal.

United players were furious with Atkinson as they were forced to restart the game.

"I suppose fair play doesn't exist anymore then," one fan fumed after Arsenal played on following the kick-off.

Another added: "Deep down Arsenal people know that’s not a goal but we move."

A third fumed: "Arsenal are a scum club for not letting us score after that goal was given, where has the beautiful game gone?"

While a fourth tweeted: "Regardless of how a goalkeeper gets injured, it's sportsmanship to stop playing if a GK goes down."

Should the goal have stood? Let us know in the comments section

A similar situation unfolded during the 18/19 campaign in a Championship fixture between Leeds and Aston Villa.

Marcelo Bielsa's side took the lead through Mateusz Klich in controversial fashion with Jonathan Kodjia on the floor.

Villa players were fuming and Bielsa demanded his side let Villa score, to bring the scoreline equal.

However, unlike Leeds, Arsenal continued to play after kick-off.

The Gunners had every right to with no infringement being committed before Smith Rowe's strike.

To add further insult to injury, it was the first goal Ralf Rangnick, who was spotted in the stands, has seen live since his appointment earlier this week. 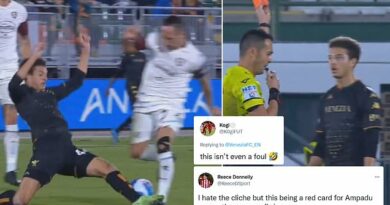 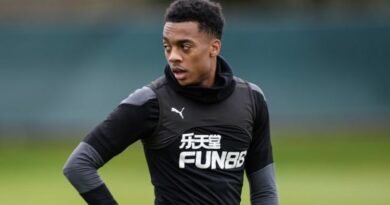