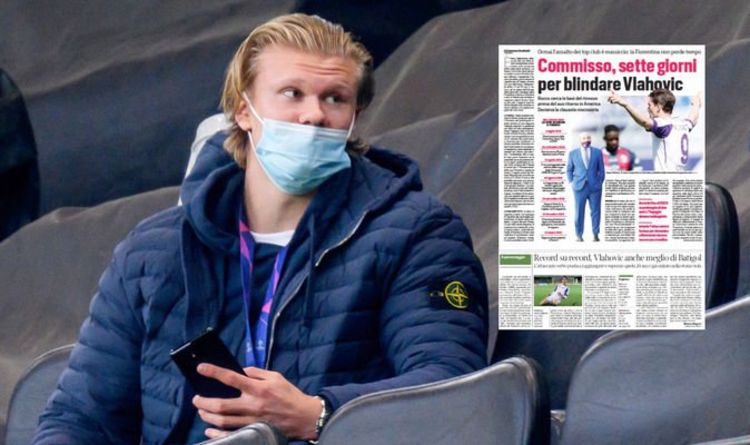 Manchester United are one of a number of clubs who have contacted the agent of Fiorentina striker Dusan Vlahovic regarding a potential transfer, according to reports. United are in the market for a striker this summer, with Edinson Cavani’s future at the club in doubt.

Cavani’s contract at Old Trafford expires at the end of this season and he could return to South America.

However, Haaland is wanted by a host of Europe’s top clubs after a stunning first full campaign in the Bundesliga.

The Norwegian’s release clause of around £65million does not come into effect until 2022, so would likely cost well in excess of £100m this summer.

JUST IN: Tuchel wants to build Chelsea team around ‘dream’ star in City and United duel 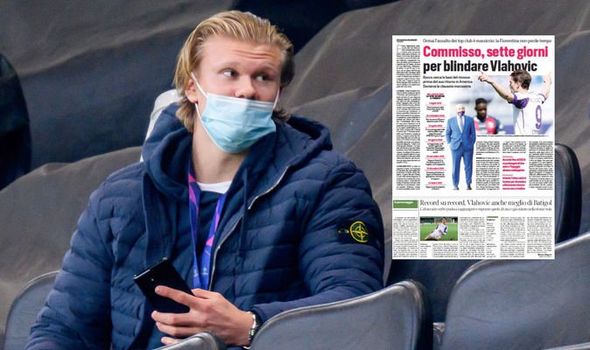 A cheaper option would be Vlahovic, who has scored 19 goals in 36 appearances in all competitions this season.

Italian outlet Corriere dello Sport named United as one of the teams who have made contact with Vlahovic’s agent Darko Ristic regarding the striker’s availability.

However, Manchester City, Liverpool and Real Madrid are also listed as clubs who are keen on the 21-year-old.

The report says Vlahovic’s ‘phone is boiling’ with the interest from potential suitors.

As well as United, City are also in the market for a striker.

Sergio Aguero will leave the Etihad this summer at the expiry of his contract.

However, Haaland is also a target for Pep Guardiola’s side.

Serbia international Vlahovic started his professional career at Partizan before joining Fiorentina in 2018. 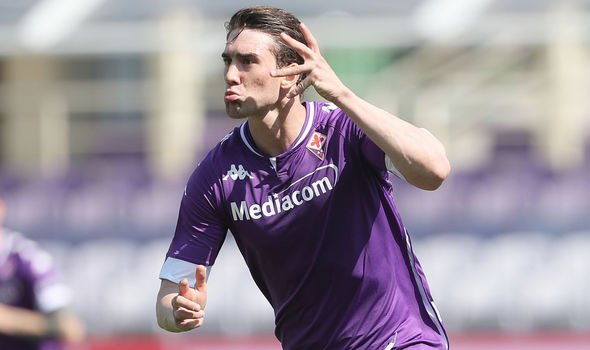 This season has been by far his best goal return, with eight being his previous highest tally in a single campaign.

Meanwhile, Cavani has scored 12 goals for United since his free transfer to Old Trafford last summer.

The Uruguayan has played more of a prominent role of late since Anthony Martial was ruled out for the remainder of the season due to injury.

“He knows my feelings, he knows that I would love to have him for another year, we have spoken about it,” Solskjaer said.

“I understand this year has been very difficult, but I promised him that Old Trafford and Manchester is a different place with fans in the stadium.

“I’m doing my best, nights like this [help], hopefully we can get to the final and hopefully he can see himself being here for another year.”