While Ole Gunnar Solskjaer’s side remain tangled with Real Madrid in their efforts to sign Raphael Varane, Koulibaly could be available as he seeks clarity on his future in Naples.

And speaking of Serie A links, Diogo Dalot’s fate is yet to be decided as AC Milan seek to re-sign the player on loan, with the jury still out on whether he’ll be kept at Old Trafford.

As for outgoings at United, full-back Brandon Williams is looking like he’ll be loaned out this summer, but the latest developments suggest he won’t be heading to Southampton.

The summer transfer window continues to heat up for the Red Devils, and Daily Star Sport breaks down the best of today’s United headlines below…

Another transfer window could see United dragged into another summer saga being linked with Napoli talisman Koulibaly in the event they fail in their pursuit of primary defensive target Varane.

The Partenopei have managed to keep hold of the Senegal star despite incessant rumours of outside interest in recent years, but Koulibaly may soon force Napoli to consider a sale.

That’s after Corriere dello Sport reported Koulibaly is seeking clarity on his future as Luciano Spalletti prepares for his first season in charge at the Stadio Diego Armando Maradona.

Do you think United should prioritise a move for Koulibaly ahead of Varane? Let us know in the comments section.

Koulibaly, 30, has two years to run on his current contract, meaning this could be Napoli’s last opportunity to squeeze the optimum value out of his sale.

It’s understood the France-born star wants to solidify his future so that he can ‘dedicate himself entirely’ to whichever team he’ll be playing for in the upcoming 2021/22 campaign.

Varane remains Solskjaer’s premium target at centre-back for the time being, but Koulibaly could appeal as another ripe-and-ready alternative if that chase doesn’t bear fruit.

A successful loan spell at Milan last season has left United in two minds about what to do with defender Dalot, with the Rossoneri reportedly hoping to re-sign the player on loan this summer.

Real Madrid manager Carlo Ancelotti is also understood to be interested in the Portugal international, who was called into their Euro 2020 squad as an injury replacement for Joao Cancelo.

But Portuguese newspaper O Jogo reported Solskjaer has yet to make a decision on the player, who’s likely to struggle in leapfrogging Aaron Wan-Bissaka to the starting right-back role.

Dalot, 22, impressed at the San Siro last term and made 33 appearances in all competitions for Milan, helping the club place second in Serie A, their highest league finish in nine years.

The former Porto starlet racked up just one more appearance across his first two injury-hit seasons at Old Trafford, and another loan spell may work out best for all parties.

After two seasons as a fringe option at Old Trafford, the time may have come for academy product Williams to venture out and gain experience elsewhere—but it’s ‘increasingly unlikely’ to be Southampton.

The Southern Daily Echo reported the Saints were keen to loan the versatile defender—who can play on either side of defence—before baulking at the £2m fee it would cost to do so.

The 20-year-old got valuable experience among United’s first-team squad in 2019/20 when he made 36 senior appearances in all competitions.

However, Luke Shaw’s return to form and last summer’s signing of Alex Telles saw that figure drop to just 14 last term, when he made most of his outings as a Wan-Bissaka replacement at right-back.

The competition at St Mary’s Stadium wouldn’t be straightforward, either, with Kyle Walker-Peters impressing on the right, while Southampton have recently signed left-back Romain Perraud from Brest. 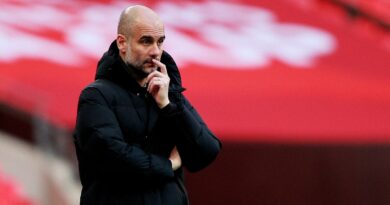