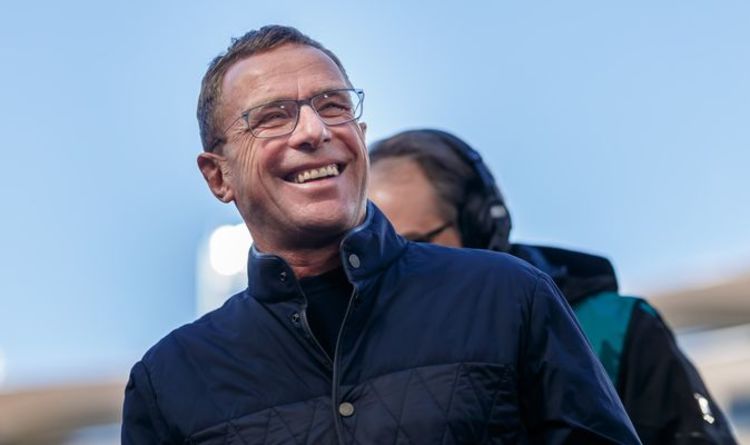 Who is Ralf Rangnick? Man Utd's interim boss in profile

The appointment of Ralf Rangnick as interim manager could help Manchester United to deal a huge transfer blow to Liverpool. Rangnick is set to be announced as United boss until the end of the season, as the Red Devils look to rescue a campaign that is at risk of spiralling.

The German is renowned for his high-pressing style of football, something that does not appear to be suited to the squad he will have at Old Trafford.

While in charge of RB Leipzig and Red Bull Salzburg, Rangnick developed a reputation for being a transfer guru.

Joshua Kimmich, Sadio Mane and Timo Werner were all signed by him during his stints as sporting director and manager.

That is something he is sure to look to replicate with United, with the January transfer window just a month away.

At the top of his list could be a pressing forward, something that the Red Devils do not currently possess.

Cristiano Ronaldo and Edinson Cavani are the first-choice strikers at present, but neither truly suits Rangnick’s style of play.

United could even be set to lose Cavani, with Fichajes.net reporting that Barcelona have ‘begun contacts’ with the Uruguayan.

Cavani is out of contract at the end of the season, but it is stated that Xavi has been given the go-ahead to attempt a January move.

The new Barca boss does face the obstacle of United being reluctant to see the striker depart, but the fact he is likely to leave on a free next summer could tip them towards sanctioning the deal.

If Cavani did move to the Nou Camp, it would leave Rangnick down a striker, forcing him to turn to the transfer market to recruit a replacement.

One potential target could be Red Bull Salzburg star Karim Adeyemi, who has taken Erling Haaland’s place at the spearhead of the Austrian side’s attack.

Adeyemi has scored 15 goals so far this season and is already well-versed in Rangnick’s style of play having been at the Red Bull Arena since 2018.

He would certainly fulfil the brief of a pressing forward, with his pace also suiting a Rangnick-led team.

United will face competition from the likes of Liverpool and Bayern Munich if they were to make a move for Adeyemi.

But the appointment of Rangnick will hand them a major advantage if they did enter the race for the 19-year-old.

As director of football for both Red Bull clubs, the German would have played a key role in bringing Adeyemi to Salzburg.

With Jurgen Klopp also keen to sign the striker, Rangnick’s history with Adeyemi could see United hand the Reds a huge blow.