Manchester United midfielder Nemanja Matic is the subject of surprise links to Barcelona. The Catalan giants are set to pursue low-cost transfer solutions over the coming transfer windows as the effects are still being felt of a frivolous few years, and the deal could work in the Red Devils’ favour if they are able to include one of three Barca stars as part of the deal.

At 33-years-old and in the final two years of his contract, Matic should be available on a cut-price deal if Barca swoop next summer.

According to The Sun, there is a high chance of that happening as the cash-strapped Catalans continue to scour the market for bargains.

The Serbian has been largely unfancied by Ole Gunnar Solskjaer this season as Fred, Scott McTominay and Paul Pogba all stand ahead of him in the queue for game time.

As such, United could be wise to let him go, while they could come out of the deal smelling of roses if Barca are willing to include one of three players in the deal…

Swapping out a player they don’t need for someone they do would be smart business for United, and Dest certainly falls into that category.

There has been persistent talk about the requirement for an attacking alternative to Aaron Wan-Bissaka at right-back, and the 20-year-old has already nurtured a reputation for flying down the right flank.

The Dutch-born USA international has been a regular fixture in Ronald Koeman’s side over the past season-and-a-bit, so it could take some convincing to incude him as part of the deal for Matic.

Due to his young age and future promise, it would surely take some money on top for United to make headway, but they could bag themselves a future star in the process.

If United are not able to prise away a player who Barca may see as one for the future, they could be convinced to part with someone who is considerably further on in their career.

At 29-years-old, Roberto could come in and do a job straight away for Solskjaer, not to mention his ability to solve two problems at once.

Defensive midfield and right-back have been earmarked as the two remaining areas for United to bolster, and the 11-cap Spaniard often deputises in both positions.

He has also seen his game time crumble as a result of Dest’s rise to prominence, so negotiating him into the deal for Matic could be considerably easier than his much younger team-mate.

It is hard to believe that Busquets is still only 33, but as the same age and position as Matic, this would be as ‘like-for-like’ as Barca could offer.

In a similar mould to Matic, the 6ft 2in destroyer is a defensive-midfielder through and through, not particularly fussed with goals or assists but an expert in breaking down attacks and keeping the ball moving.

With over 600 appearances for Barcelona and 131 caps for Spain, he has put together quite the CV and there is still plenty of gas in the tank.

Whether the midfielder would be open to leaving the Camp Nou is another question altogether, seeing as he has been there for almost 17 years. 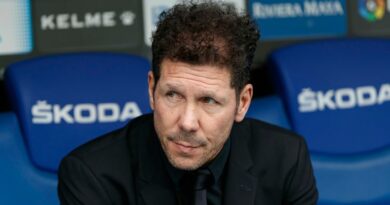