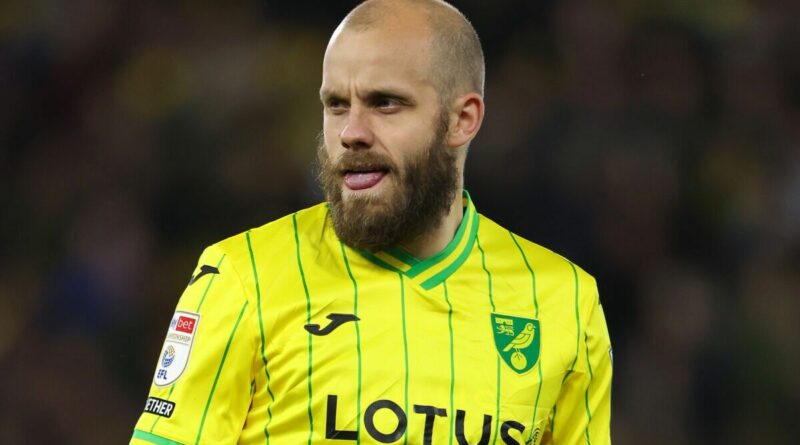 Erik ten Hag has made it no secret that he is desperate for Manchester United to sign a forward in the January transfer window. However, with limited funds on offer, the Dutchman may have to take a leaf out of the book of Ole Gunnar Solskjaer and consider a move for Teemu Pukki.

Marcus Rashford has been in flying form for the Red Devils so far this season playing through the middle, scoring five and assisting three in 15 appearances. Though the England international has found equal success on the wing, leaving a vacant No 9 spot in Ten Hag’s side following the premature departure of Cristiano Ronaldo – who saw his contract terminated prior to the World Cup.

Anthony Martial has returned to fitness and is trusted by his manager, though he lacks competition. Reports have circulated that United are not keen to splash excessive amounts next month and will heavily consider cut-price options, which may see them revisit former targets in their search for another striker.

In 2020, The Independent reported that United were considering a move for Norwich City star Pukki as part of their ‘emergency striker’ plan. The Canaries were in the Premier League at that point and were not willing to entertain any form of talks about a sale, feeling that his departure would hamper their chances of surviving relegation.

Though, three years on, the 32-year-old may be seen as a last-gasp option once again given his proven record in the Premier League. Pukki has scored 22 goals and assisted six in 73 appearances, with his clinical nature catching the eye in a Norwich side that has consistently struggled once reaching the top flight.

The striker has been in flying form for the Canaries so far this season, scoring eight in 23 appearances, and with his contract expiring at the end of the campaign, it may now be an ideal time for the club to cash in on his services. Norwich may feel that they cannot stand in the way of their long-term servant and deny him the chance to play at the very top level if United do come knocking, even if he does play second fiddle to Martial.

Ten Hag will certainly have other options heading into January, though he was quick to assure his side earlier this week that he was confident in his options as it stands. He said: “I know we have a really good frontline. I don’t think there is a back four or back five in the league that would like to play against that frontline because it is difficult to defend all their movements, the technical abilities they have and the cooperation they have. And they can finish.

“You have to be focused 100 per cent over 90 minutes, otherwise they will score and I am happy that they scored today. We have a good squad but we have so many games to cover.”

Do Everton have Kurt Zouma Plan B? Key transfer questions answered in our Toffees Q&A