Manchester United are moving closer to signing Frenkie de Jong from Barcelona, reports say. Erik ten Hag is eager to be reunited with the 25-year-old, who he previously managed at Ajax. And progress is being made with their La Liga counterparts on the hunt for a replacement.

Manchester United have lost Nemanja Matic, with the Serbia international primed to play under Jose Mourinho at Roma in Italy next season.

And they’ve also parted ways with Paul Pogba, too, who has opted to leave Old Trafford on a free transfer for a second time – 10 years after quitting when Sir Alex Ferguson was boss.

United are hoping to land De Jong from Barcelona now, with a deal dragging on for weeks.

And AS say the Red Devils have made ‘progress’ when it comes to landing the 25-year-old, who only moved to the Nou Camp three years ago.

Barcelona are negotiating with Jorge Mendes for Valencia’s Carlos Soler.

The midfielder recently tried to quell talk about his future after Spain beat Czech Republic on Sunday, saying: “When I have to speak, I will speak. Now what I want is to go on vacation.

“I have no news that a deadline is set for me. I just think about disconnecting.”

But with his Valencia contract expiring, Barcelona are lurking.

And it seems as though they’re pushing to sign the player as a replacement for De Jong now the Netherlands international is nearing a move to United.

Over the years, United have seen some Dutch players shine at Old Trafford.

Jaap Stam flourished at the back after arriving in 1998, helping the Red Devils win the treble during his first season at the club.

Ruud van Nistelrooy was a hit when he touched down from PSV Eindhoven in 2001, netting 150 goals in five years before joining Real Madrid.

Edwin van der Sar became a club icon when he joined from Fulham in 2006, ousting Tim Howard to become the club’s No 1.

And Robin van Persie dazzled when he joined from Arsenal in 2012, with United signing the hitman over Robert Lewandowski at the time.

In recent years, however, Dutch players have struggled.

Daley Blind was an exception, helping United win three trophies upon moving from Ajax in 2014.

But Memphis Depay and Donny van de Beek have failed to live up to expectations in the time since.

Former United star Luke Chadwick, meanwhile, thinks his old side would be onto a winner if they bring De Jong in.

“I definitely think the club should go for someone like De Jong. United need new options in the middle of the pitch, and he’s a hugely gifted player,” Chadwick told CaughtOffside.

“We’re not privy to his situation or everything that’s being said behind closed doors, but it does seem like every Ajax player past and present is being linked with United since Ten Hag got the job.

“I’m sure those Dutch players in that incredible team that Ten Hag built at Ajax would relish the opportunity to work with him again.

“I’m sure someone like De Jong would at least want the opportunity to speak to the club.

“He fits the profile, he’s a completely different character to Pogba in terms of how he conducts himself off the pitch.

“In my eyes, looking at the player, but not knowing the entire situation, admittedly, I think United should go for him.

“I think he should be considered because of what he did at Ajax under Ten Hag previously.” 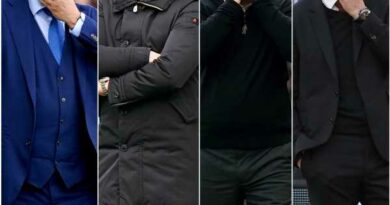 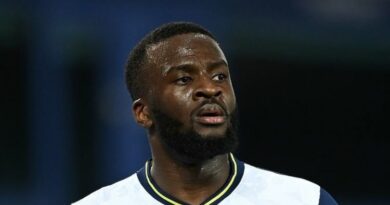