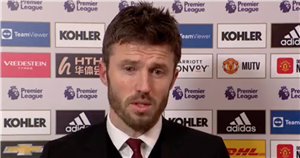 Michael Carrick admitted that things got "emotional" in the Manchester United dressing room after he announced he would be leaving the club.

The caretaker boss signed off with a 3-2 win over Arsenal on Thursday night, before immediately announcing his departure from Old Trafford.

Carrick has spent a total of 15 years at the club as a player and a coach, but has moved away with Ralf Rangnick set to takeover for the rest of the season.

And having announced he would be stepping down from his role as first-team coach to the players, Carrick hinted that there were some tears in the dressing room.

He told Amazon Prime: "I told the players just now – it’s a little bit emotional in the changing room. I held it together, just about!"

Revealing the motives behind the call to leave United, Carrick admitted that he wanted to spend more time with his family.

"It’s not been an easy decision to make, but I feel it’s the right one," he added.

"I was meant to take some time off when I finished playing. I promised my family we’d have some time together and it hasn’t happened!

"I'll be back around the place, it’s not like I’m disappearing. It’s just the right time, and what a way to finish."

On whether it was his decision to make with Rangnick coming in, Carrick replied: "Yeah, it’s 100% my decision.

Was Carrick right to leave Man Utd at this moment? Comment down below

"We’ve worked so hard to try to bring some success here in recent years, and it’s difficult when you don’t quite get to those heights. But I’ll have great memories of working with great people.

"It’s not been easy to keep quiet about it for the last few days but I had a job to do. I’m not the important one here, and I was desperate to win the game for the players and the fans. It was a big night for us."

Gerrard left Morelos out of Rangers side due to transfer speculation 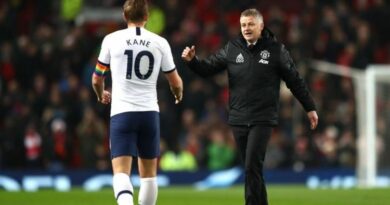