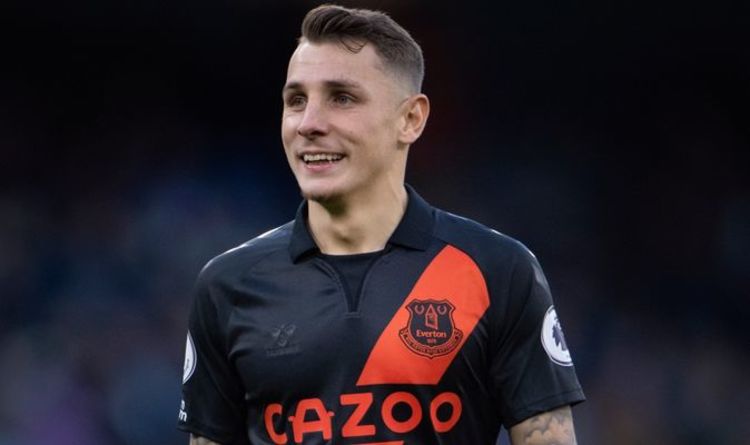 Premier League clubs across the country will be hoping to secure some exciting January transfers in order to boost their hopes of either winning the title, qualifying for Europe or of avoiding relegation to the Championship. With plenty of rumours going into the New Year, Express Sport takes a look at seven likely deals.

For reasons unbeknownst to many, Everton star Lucas Digne has fallen out of favour with Rafael Benitez at Goodison Park.

The Frenchman has been a mainstay in Everton’s side for three seasons, scoring four goals and registering 18 assists in 113 Premier League games.

The Meaux-born full-back has been linked with a move to Chelsea as a result of Ben Chilwell’s injury woes and Marcos Alonso’s poor form.

And with Everton having already agreed a deal for Dynamo Kiev left-back Vitaliy Mykolenko for the start of the window, Digne looks set to move to Stamford Bridge, likely on loan.

Martial has been a peripheral figure at United for the last 18 months, and hasn’t featured yet under Ralf Rangnick.

The Frenchman has had an inconsistent career at Old Trafford since his move in 2015, with last season especially being extremely tough.

Having not played for United since December 2 – the last game before Rangnick’s appointment – it appears a move is in the offing.

One loan bid has already been rejected but with Martial their top target, Sevilla’s interest will likely signal the end of his United career.

Van de Beek’s future looked bright upon his arrival at Old Trafford, with the then-23-year-old having starred for Ajax since the age of just nine.

The midfielder scored 28 league goals in just 118 games at the Johan Cruyff Arena.

Yet despite being promised the world by Ole Gunnar Solskjaer, Van de Beek was demoted to the bench for the majority of his tenure.

Having had a loan deal to Everton denied in the summer, he may finally get the nod to wear royal blue if Rangnick allows a move to happen.

Newcastle’s newfound wealth has seen them linked with a plethora of world-class players, including Kylian Mbappe, Ousmane Dembele and Philippe Coutinho.

As they battle relegation, moves for any remain unlikely, although a move for England defender Kieran Trippier may just occur after reports spiked over the weekend.

The Telegraph report that a move is close with Newcastle poised to activate a £31million release clause in his contract.

And having played under Eddie Howe previously at Burnley, the right-back is expected to be very keen on the move.

AC Milan’s Kessie is one of the most coveted midfielders in Europe.

With many clubs interested in the Ivorian due to his contract expiring in the coming summer, it will come down to whoever can offer the best deal.

With Tottenham desperate for a central midfield boost, Kessie has reportedly become a top target.

And with Antonio Conte becoming a huge draw in north London, Spurs may be able to agree a pre-contract deal that sees him join for free in the summer.

Barkley joined Chelsea from Everton in 2018, but has made just 57 league appearances in four years for the Blues, scoring just four goals.

The Liverpudlian was one of the most exciting young players in the league after his breakthrough at Everton.

Yet his poor spell in London has seen him linked with a loan move back to Everton.

However, in a bid for more game time, he could move to Burnley in the winter window to help them in their quest for survival.

Dembele has had a torrid time in Barcelona following his move from Borussia Dortmund in 2017, having been plagued by injury and inconsistent form.

A tally of just 126 appearances across four-and-a-half years has seen the Frenchman lose his status as one of the world’s most exciting youngsters.

With his contract up at the end of season, it was reported that two Premier League clubs had made an offer for the Frenchman on a pre-contract deal.

And with United having been linked in the past, they could make the move early to beat rivals such as Newcastle so that they can welcome him on a free in July. 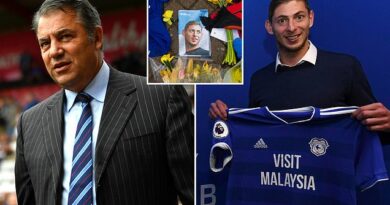 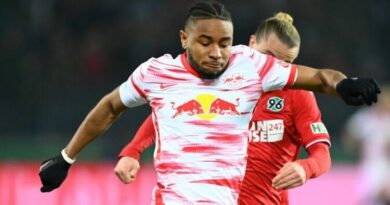 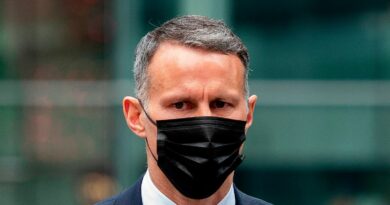 Giggs pleads not guilty to charges of coercive control and assault