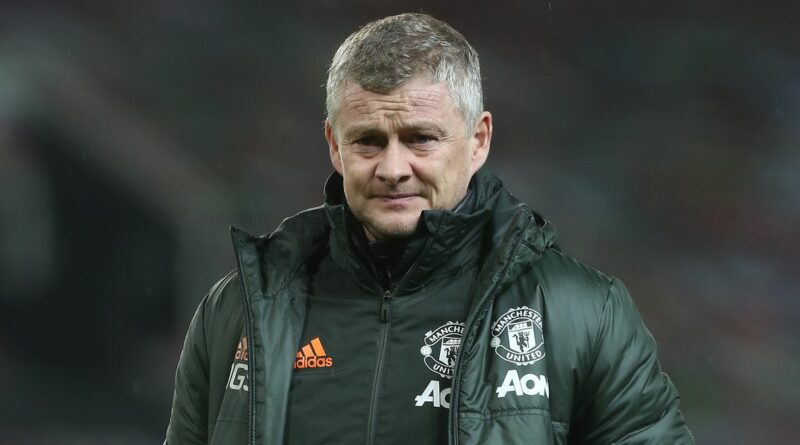 Manchester United can build on their 9-0 thumping of Southampton with a win over Everton at Old Trafford.

Ole Gunnar Solskjaer will look for his side to keep up with Manchester City’s pace at the top of the table.

And they have momentum on their side, having matched their best-ever Premier League score with the win against the Saints.

While the Toffees got back to winning ways themselves with a 2-1 victory against Leeds, they were hit 3-1 at Goodison Park by the Red Devils.

Solskjaer used a 4-5-1 formation for that win back in November – and would be expected to use it again for the reverse fixture.

Carlo Ancelotti’s side may offer an attacking threat in Dominic Calvert-Lewis supported by Richarlison and James Rodriguez but the defence’s confidence should not give him any consideration to adapt.

But the big decision the United boss faces is whether he chooses Cavani, who grabbed his first goal for the club against Everton, to lead the line.

The Uruguayan grabbed the fourth goal against Southampton, but was forced off at half time due to an ankle knock.

United’s No.7 was seen jogging into training at Carrington, though, suggesting he will be up for the challenge at Old Trafford.

The 33-year-old would be supported by Bruno Fernandes, with Mason Greenwood and Marcus Rashford on the wings.

Anthony Martial grabbed two goals off the bench when he replaced Cavani but the Toffees match offers an opportunity for the No.11 to keep building his confidence.

Scott McTominay and Fred would sit in front of the defence marshalled by Harry Maguire and Victor Lindelof for a third consecutive game.

Aaron Wan-Bissaka and Luke Shaw can marshal Everton’s threat from wide while David de Gea would sit between the posts.

Fans, though, have been calling for 18-year-old Amad Diallo to get a place after his impressive second game for the U23s.