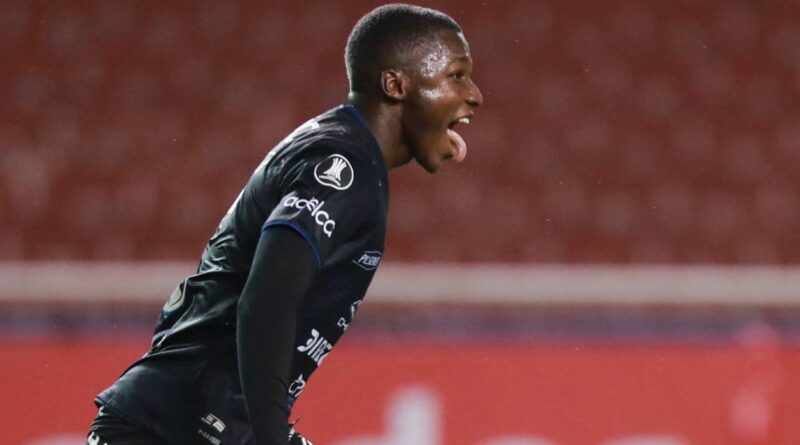 Manchester United will face serious competition for the signature of Moises Caicedo, it seems.

The Red Devils have been tracking the central midfielder for some time now, with the Ecuadorian catching the eye with his performances for Independiente del Valle.

The 19-year-old is reportedly expected to make his decision next week as to where he will continue his development.

United were tipped to be the frontrunners in the race to sign Caicedo, with Ole Gunnar Solskjaer continuing to sign players for the future after bringing in the likes of Amad Diallo and Facundo Pellistri.

However, United are apparently yet to make an approach for the youngster, whereas Independiente have received offers from numerous other clubs.

Chelsea were also said to be in the mix, but it now seems another three clubs are interested.

Everton have apparently entered into the fray, and are even claimed to be leading the way for his signature.

The Toffees are keen to bring in a new defensive midfielder this January, with Sami Khedeira expected to join from Juventus.

And it seems Carlo Ancelotti could move for Caicedo as well, as Khedeira would be available on a free.

However, it seems the most lucrative offer is from an unnamed Major League Soccer franchise, claims the MLS website.

Atlanta United are said to be preparing to go all-out to sign the South American wonderkid, and have a history of developing young talent from that area of the world.

Miguel Almiron, now at Newcastle United, was named the MLS Newcomer of the Year in the season before he helped them to the MLS Cup.

It seems they could be willing to give him a financially superior contract than any of the Premier League sides would, as they are said to be ready to free up a Designated Player slot in their roster.

That would allow them to make him one of the highest-paid players in the league, in the same bracket as Josef Martinez – who earns a reported $3million-per-year.