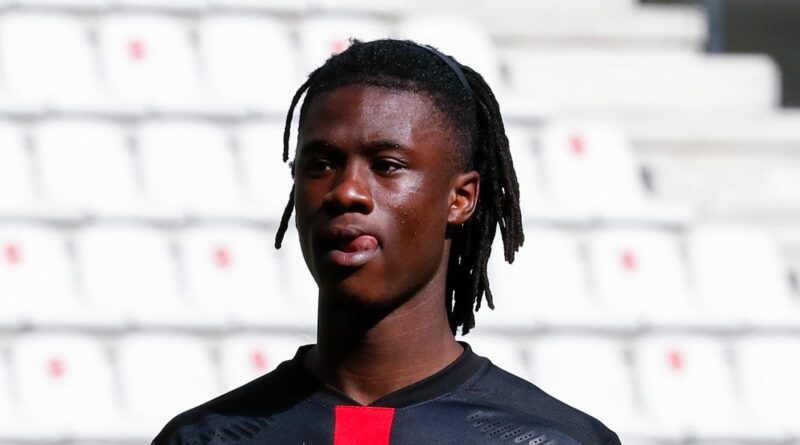 Manchester United’s summer will be significant, as they prepare to improve their squad and close the gap between themselves and league winners Manchester City.

Ole Gunnar Solskjaer’s side have struck a deal with Borussia Dortmund for Jadon Sancho, but are also looking to bolster other positions such as central midfield, centre-half and right-back.

Having comfortably secured Champions League qualification, finishing above the likes of Liverpool and Chelsea, United are now plotting a title charge.

Other than Sancho, they have been linked with players like Raphael Varane as they look to bolster several positions.

According to The Mirror, PSG have offered a “sweetener” in the deal by willing to give Rennes defender Thilo Kehrer in exchange.

However, that is set to be rejected by PSG, which will give some encouragement to United, who are believed to be preparing a bid of their own very soon.

Should Manchester United sign Eduardo Camavinga this summer? Let us know in the comments below.

Spurs are prepared to pay £50m for the Frenchman, but Sevilla are looking for a fee closer to £70m for the 23-year-old, who is of interest to several clubs.

United see Kounde as an alternative in case they fail to sign Real Madrid’s Raphael Varane, who is reportedly keen on leaving.

The Athletic report that Manchester United are keeping an eye on Danny Ings’ contract situation with the forward having rejected a new contract at Southampton.

The new deal would’ve seen him tied down until 2026, but any advances have been rejected by the player and that has alerted other clubs, who have been keen to add a consistent goalscorer.

While Ings does have injury issues, he is still efficient when need be and United are admirers of that.

The incredible Messi training video that has wowed fans on Twitter