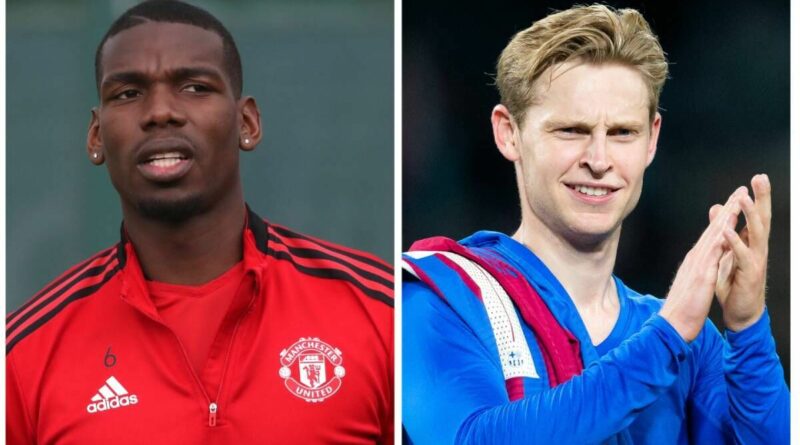 Manchester United’s pursuit of Frenkie de Jong is dragging on due to Barcelona’s insistence that their asking price is met. United have made De Jong their number one transfer target this summer, but landing Erik ten Hag’s former player has proven to be a difficult task.

Ten Hag is desperate to sign some midfielders this summer, with Paul Pogba, Nemanja Matic, Jesse Lingard and Juan Mata all leaving the club. He has asked his new club to push for De Jong, who he worked with at Ajax and feels would suit the playing style he wants to implement at Old Trafford.

Barcelona are happy to sell – but only if United stump up the right amount of money. Barca are mired in £1billion of debt and have been told by La Liga that they have to operate more conservatively this summer. The Spanish giants are signing Franck Kessie and Andreas Christensen on free signings, but any other additions need to be funded by outgoing players, with restrictions meaning they can only reinvest a third of what they make on transfers.

According to The Mirror, that is why Barca are asking United that they need to pay upwards of £70million if they want De Jong. Barcelona paid Ajax £65m, plus a further £9.5m in add-ons, when they signed the Netherlands international from Ajax in January 2019 and want to at least get their money back. 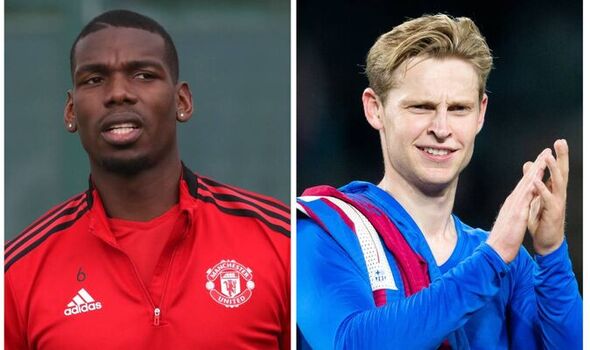 United are only willing to pay an initial fee of around £60m, with a further £5m due in add-ons, because they are working to an overall net spend budget of between £100m and £150m this summer, according to ESPN. So while they want De Jong, they cannot afford to blow the majority of their budget on one deal and risk not delivering the five players Ten Hag wants.

If he arrives, Christian Eriksen will come on a free transfer, but Ajax winger Antony is reportedly valued at £40m by Ten Hag’s former club. Ten Hag also wants to sign a striker and a defender, possibly Ajax’s Lisandro Martinez, and the identity of those additions will be shaped by the price United pay for De Jong. 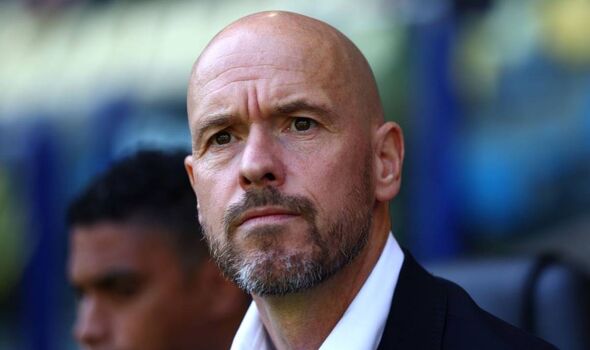 United are in a bit of a difficult position. As Express Sport have reported, Ten Hag wants clarity over De Jong and Eriksen before he begins pre-season preparations at Carrington on Monday. That urgency means United might be tempted to cave into Barcelona’s demands to speed up the process.

However, they should be wary about doing so. They only need to look at Pogba to recall the pitfalls of such a transfer stance. Pogba is about to leave United on a free transfer for the second time in his career and this time hurts in particular due to the money spent on the French midfielder.

United paid Juventus a world-record fee of £89m for Pogba back in August 2016 and handed him a five-year contract worth around £290,000 per week. At the time United were desperate to land their former player, who had enjoyed some impressive seasons for Juve and, in theory, had plenty of potential for improvement at 23 years old.

Juventus sensed that desperation and, alongside Pogba’s former agent Mino Raiola, did all they could to inflate the transfer fee. The money involved was jaw-dropping and did not work out. This time around, as United try to start a new era under Ten Hag, they would be wise to hold firm with Barca and negotiate a good price.

Barcelona need to sell De Jong. They are not in a strong position financially. United can flip the narrative on its head and get the best deal possible. Ten Hag may want clarity over his squad for the 2022/23 season, but if he really wants De Jong, he may just have to be patient. 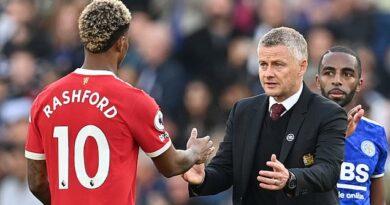